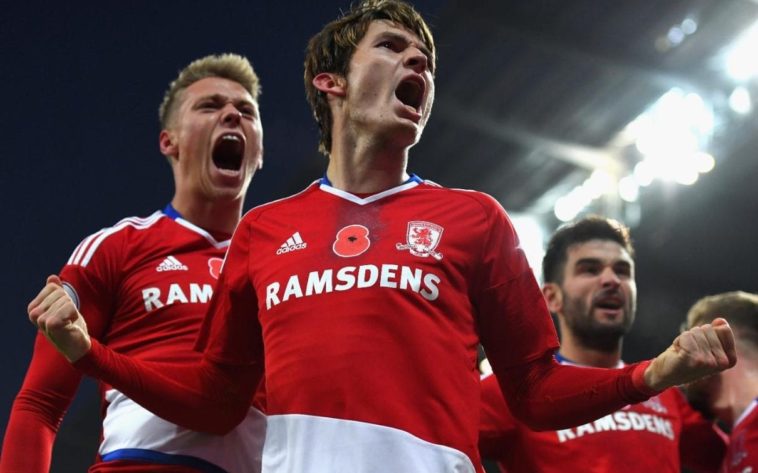 Manchester United have been linked with a shock move for Middlesbrough midfielder Marten de Roon.

Tutto Mercato Web claim that the Red Devil’s are interested in signing De Roon, who could be available for as little as €10m (£8.8m)

Jose Mourinho is known to be an admirer of the combative midfielder, and recently heaped praise on him during Manchester United’s 3-1 victory over Middlesbrough towards the end of last season.

“Boro have a good team, a solid midfield.

The Portuguese manager is known to be good friends with former Middlesbrough manager Aitor Karanka, the man who signed a De Roon from Italian club Atalanta for £12m last summer, and couldn’t have been recommended the midfielder by the Spaniard.

At less than £9m, De Roon would represent a significantly cheaper option that the current options currently being linked to Manchester United, with Fabinho and Nemanja Matic set to cost in excess of £35m each.

The Dutchman has also been linked with a move back to Serie A with Lazio and former club Atalanta both interested. Atalanta would not be able to afford the midfielders £35,000-a-week wages, while Lazio have seen their opening €8million bid rejected in the last few days.

Is De Roon a good alternative for Manchester United? Let us know what you think?