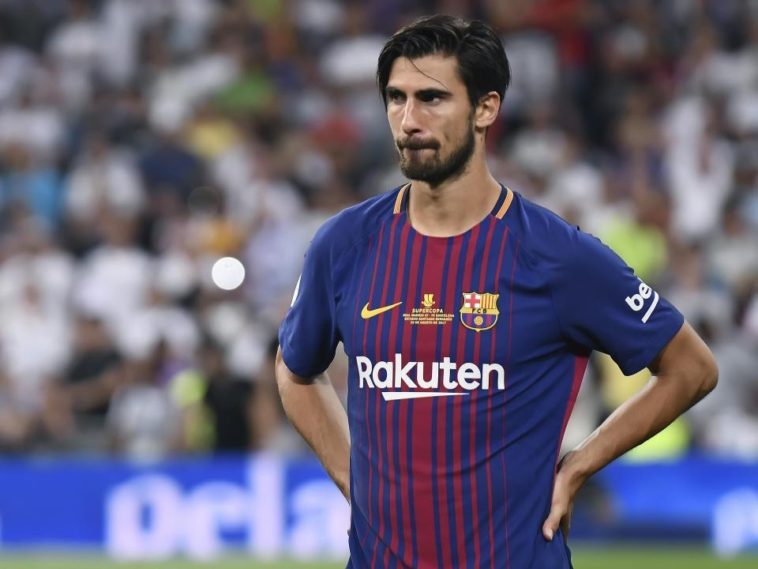 Manchester United have been linked with having an interest in Barcelona midfielder Andre Gomes.

The midfielder only moved to the Nou Camp last summer in a big money move from Valencia, however struggled to make a big impact for the La Liga giants.

Barcelona have been linked with a number of summer signings, including the €40m signing of Jean Michael Seri from Nice, leaving the Portuguese considering his future.

The Manchester Evening News claim that Jose Mourinho is still interested in signing the 24-year-old after missing out on him last summer.

They have already had a £31m bid rejected back in June, but still retain an interest in the midfielder, along with Italian champions, Juventus. He has reportedly now told Barcelona that he wants to leave the club.

He has also been offered to Liverpool as part of a deal to take Philippe Coutinho to the Nou Camp.

He made 30 appearances for the Blaugrana last season, scoring three goals, but was voted as the club’s worst ever signing by readers of Spanish newspaper, Marca, and is frequently booed by the home crowd.