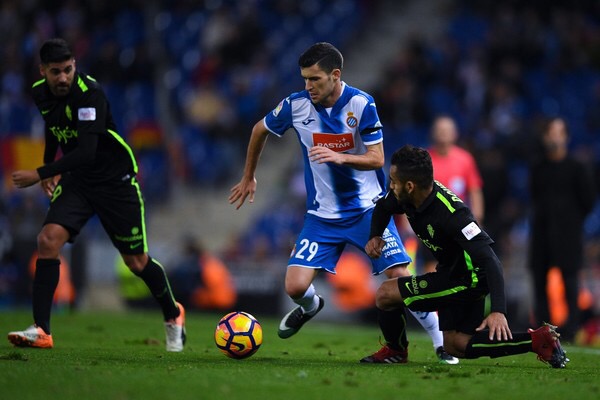 Manchester United are being linked with a potential £35m move for Spanish wonderkid Aaron Martin.

Jose Mourinho reportedly sent scouts to watch Martin in action for Espanyol last Friday in their La Liga fixture against Llevante and according to ESPN, have asked to be kept informed regarding the players situation.

Martin only signed a new deal with the Catalan club back in January, a deal which saw him commit his future to the club until the summer of 2020.

However, despite the new contract, there are reportedly growing fears within the La Liga club that they will be forced to lose the player in the upcoming January market, with both Man Utd and Man City thought to be interested.

Left back is a problematic position for Josr Mourinho, with no fewer than four players looking to make the position their own. Ashley Young has returned to fitness and seems to be the club’s first choice at the moment, with Luke Shaw failing to impress the Portuguese manager, Matteo Darmian and Daley Blind have also had sporadic spells in the position, with varying levels of success.

According to the report, Espanyol would demand Martin’s full €40 million (£35.5m) release clause.