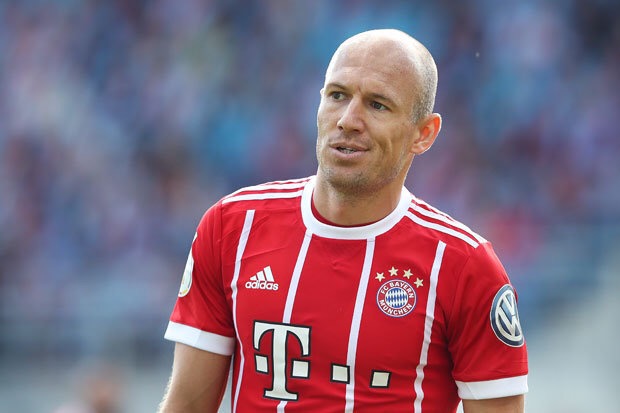 Manchester United have been linked with a move for Bayern Munich winger Arjen Robben.

The Daily Mail have named Robben on a list of potential targets as Jose Mourinho looks to complete his summer transfer spending.

United have been heavily linked with a move for Inter Milan’s Ivan Perisic this summer, but have been reluctant to meet the Italian club’s asking price of £48m. They have also been with a big money move for Real Madrid’s Gareth Bale, but the European champions are reluctant to sell.

With their current targets looking hard to sign, the article claims that the 33-year-old former Chelsea winger could also be on Mourinho’s hit list.

With the Bundesliga champions focussing on bringing in youth, with the likes of Kingsley Koeman recently joining he club on a permanent deal, Robben could be tempted to make one final big money move.

Mourinho showed that he is not shy in bringing in players who are reaching the end of their careers, taking the then 34-year-old Zlatan Ibrahimovic to Old Trafford last summer having worked with him at Inter Milan.

A move for Arjen Robben would see him reunited with the Dutchman after the pair worked together during the Portuguese’s first spell at Chelsea.

Robben has just one year remaining on his current deal at the Allianz Arena.