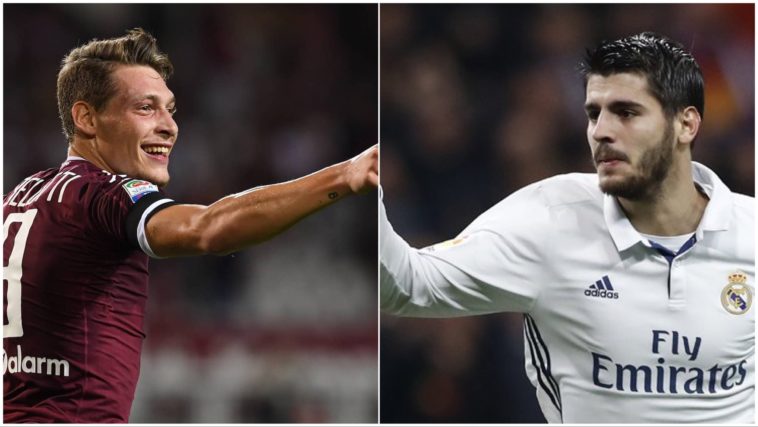 Manchester United are hopeful of completing a £150 million double deal in the next few weeks as their transfer plans start to take shape.

The Premier League giants, who have qualified for the Champions League via their Europa League triumph, are hoping to complete two huge transfer deals in the next two weeks according to The Independent.

Jose Mourinho is believed to be close to striking deals for Real Madrid’s Alvaro Morata and Torino’s Andrea Belotti.

It is believed that Real Madrid striker Morata has already agreed personal terms with Manchester United, despite the two clubs not yet agreeing on a transfer fee for the Spain striker.

United apparently saw a £52m offer rejected by the European Champions before the Europa League winners returned with an improved £60m bid. Real Madrid are apparently holding out for £78m fee to help fund a move for Kylian Mbappe, but there is a growing belief that a deal is close.

Meanwhile, it is claimed that United have submitted a £70million bid for Italian striker Andrea Belotti. The striker, who scored 28 goals for Torino this season, has an £84million release clause in his contract, but United chiefs believe they can do a deal for less than that.

The signing of the duo would be a huge signal of intent from Jose Mourinho, who yesterday allowed Zlatan Ibrahimovic to leave the club following his knee injury suffered a few weeks ago. The Swedish striker was only at Old Trafford for one season, scoring 24 goals, and had an option for a second year, but had his season cut short by a devastating knee injury.

The 35-year-old has been offered the chance to complete his rehabilitation at the club.