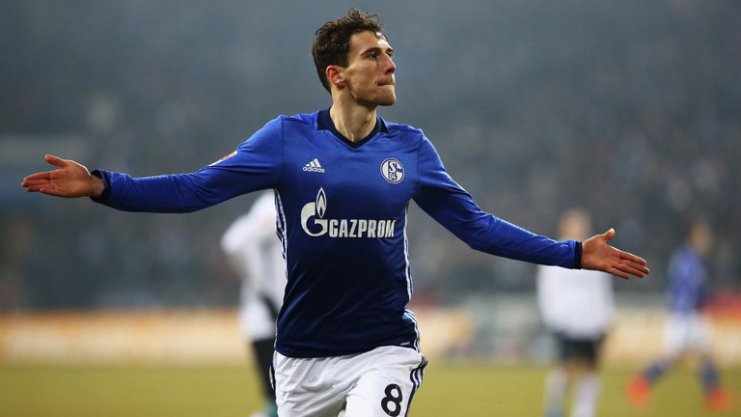 Manchester United have been given a boost in the race to land Schalke midfielder Leon Goretzka according to reports.

Goretzka is one of Germany’s hottest prospects, and has already made his mark on the International team, scoring four goals for the reigning World Champions.

However, United aren’t the only club eyeing a move for Goretzka. Bundesliga champions Bayern Munich are interested while La Liga giants Barcelona have also been linked with the midfielder. However, United’s interest has been given a boost, after Barcelona scout Ariedo Braida confirmed that the Catalan club will not be making a move. He said:

“He is certainly a great player, but for Barcelona it is too soon.

“I travel around the world in search of great talent, but our demands are extremely high.”

He has just nine months remaining on his current deal, and will be available to move on a free transfer next summer. He would fit in with the profile of a Jose Mourinho player, standing at 6ft 2 and being comfortable on the ball, and his powerful long range strikes have even been likened to those of a United legend, Paul Scholes.

United are known to be in the market for a new central midfielder as they look to replace the ageing Michael Carrick. They were linked with a move for Anderlecht midfielder Leander Dendoncker during the summer after he impressed against them in last season’s Europa League quarter final.