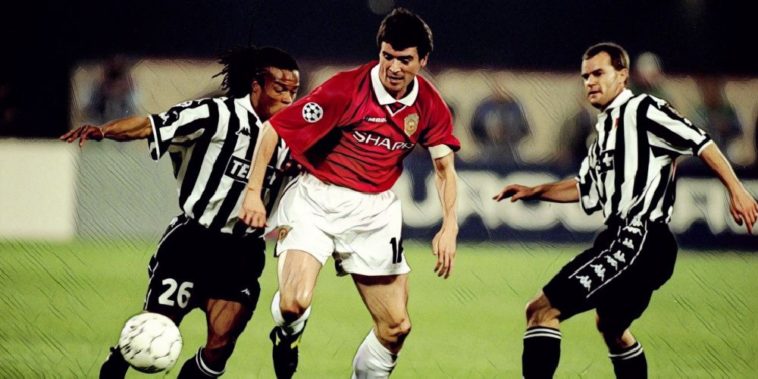 Manchester United travel to face AC Milan in the Europa League this week, with the Red Devils needing to produce a strong performance to secure progress to the next stage.

The first encounter between the two sides ended in a 1-1 draw, as the Rossoneri snatched a late equaliser to rescue a point and score a potentially invaluable away goal at Old Trafford.

Ole Gunnar Solskjaer’s side can take hope from the club’s impressive history when travelling to Italy in European competition, however, with Manchester United having enjoyed some memorable results on Italian soil.

Manchester United’s greatest triumph in Italy came on their way to winning the Champions League in 1998/99, securing an incredible comeback victory to beat Juventus in the semi-finals.

Juventus had reached the three previous finals and possessed a formidable side containing the likes of Zinedine Zidane and Filippo Inzaghi, whilst the Bianconeri headed into the second leg in Turin as favourites after securing a 1-1 draw at Old Trafford.

The return fixture could hardly have begun any worse for the travelling Red Devils as Inzaghi scored twice inside the opening 11 minutes for Juventus, leaving United with a mountain to climb as they sought to reach a first European Cup final since 1968.

Roy Keane – whose booking in the clash meant he would miss the final should United qualify – produced an inspirational display at the heart of the side and pulled a goal back with a header after 24 minutes, before Dwight Yorke levelled the scores just 10 minutes later.

United were ahead in the tie on away goals and had to withstand fierce pressure in the second half, only for the celebrations to start as Andy Cole completed the comeback with five minutes remaining to book the Red Devils’ place in the final.

Bayern Munich were beaten following two stoppage-time goals in the most dramatic of final conclusions, victory crowning United as champions of Europe for a second time and completing a historic treble-winning campaign.

United had never previously won in Italy until that aforementioned triumph over Juventus in 1999, and the two teams met once more in the Champions League’s second group stage four years later.

Ryan Giggs was the hero after coming off the bench to book the Red Devils’ place in the last eight, responding to speculation linking him with a move to Inter Milan to score twice in a 3-0 win.

Giggs was introduced as an eighth-minute replacement for the injured Diego Forlan and opened the scoring just moments later, finishing a clinical counter-attack to breach a Juventus defence that had not conceded a goal at home in 722 minutes of Champions League football.

The Wales international netted a second before half-time with a fine solo effort, before fellow substitute Ruud van Nistelrooy capped a magnificent away performance with a third to seal all three points.

Both sides ultimately advanced to the latter stages, though United’s run was ended following a thrilling quarter-final tie with Real Madrid in which Ronaldo starred.

Juventus progressed all the way to an all-Italian final with AC Milan, losing on penalties following a goalless stalemate at Manchester United’s Old Trafford home.

Manchester United again met Italian opposition in the quarter-finals of the 2007/08 Champions League, facing Roma for the second time in the competition after sharing two meetings in the group stage.

Those previous fixtures proved to be tight affairs following a narrow 1-0 win in Manchester and a drawn clash in Rome, with Luciano Spalletti’s side expected to be difficult opposition once more ahead of another trip to the Italian capital.

Sir Alex Ferguson’s side took a giant step towards the semi-finals following an impressive 2-0 win at Stadio Olimpico, their opener coming via a magnificent header from Cristiano Ronaldo who towered above the Roma defence to bullet his effort past the goalkeeper.

It was an incredible display of athleticism from a player fast becoming the best in world football, Ronaldo handing the Red Devils the lead with his 36th goal of the campaign in all competitions.

Edwin van der Sar ensured a clean sheet with a superb stop from Mirko Vucinic’s 61st-minute header, before Wayne Rooney turned in from close range to hand the visiting side a huge advantage ahead of the return.

United progressed to the last four 3-0 on aggregate following another win at Old Trafford, beating Barcelona in the semi-finals before defeating Chelsea on penalties in Moscow to seal a third European crown.

Manchester United’s clash with AC Milan this week is the first meeting between the two sides in more than a decade, the previous occasion pitting the two together in the quarter-finals of the Champions League.

An entertaining encounter saw the Red Devils secure their first-ever win at the San Siro, though the visitors were forced to come from behind as Ronaldinho opened the scoring with a deflected effort for the Rossoneri.

Paul Scholes’ fortuitous goal levelled the scores before Wayne Rooney proved to be his side’s match-winner with two brilliant second-half headers, as United withstood an early storm to score three away goals.

Clarence Seedorf pulled a goal back for Milan who finished with a man advantage as Michael Carrick was sent off for the Red Devils, though the goal mattered little as the Premier League side thrashed the Italians in the return at Old Trafford.

United won 4-0 in a second leg in an emphatic performance, a fixture that saw David Beckham receive a standing ovation after making an emotional return to his former side.

Jose Mourinho’s side travelled to Juventus in the 2018/19 group stages in need of a result following a shaky start to their Champions League campaign, picking up just four points from three fixtures including a home defeat to the Italian side.

Juventus had won each of their three fixtures and had been boosted by the summer signing of a certain Cristiano Ronaldo, who opened the scoring with a fabulous volley against his former side to score his first Champions League goal for the Bianconeri.

The home side dominated for the majority of the contest but were left stunned by a late fightback in Turin, two goals in the final five minutes securing three points for the Red Devils and a group stage lifeline.

Juan Mata’s fantastic free-kick brought the scores level, before Leonardo Bonucci inadvertently bundled the ball into his own net in the 89th minute to hand United a dramatic victory and all three points.

The full-time whistle brought some classic goading from Mourinho towards the Juventus support, the former Inter Milan boss enjoying getting one over his former side’s fierce rivals.