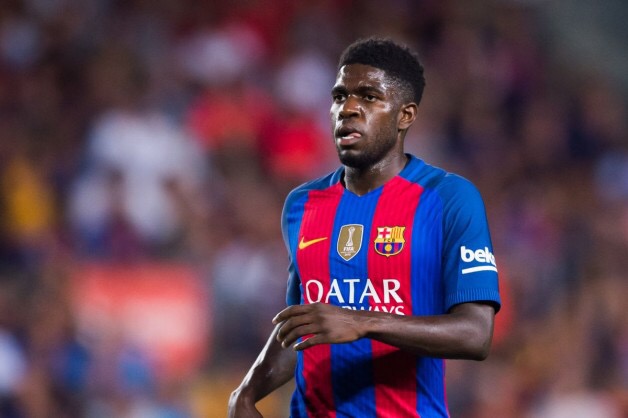 Manchester United are interested in signing Barcelona defender Samuel Umtiti according to reports today.According to the Daily Mirror, United boss Jose Mourinho has turned his attentions to the French defender after Real Madrid centreback Raphael Varane extended his contract with the European champions.

The Portuguese had been a long time admirer of the defender having initially signed him for Los Blanco’s during his spell as manager at the Bernabeu. However, after the recently agreed a new deal at the club, he has now started to look at his international team mate, Umtiti.

Umtiti only moved to the Nou Camp back in 2016 and has gone on to become a first team regular alongside Gerard Pique in the heart of the Catalan club’s defence.

However, despite being a regular for the La Liga leaders, his release clause in his contract stands at £53m, a value that Mourinho believes is under his current market value, and could make a move.

The Portuguese recently splashed out £30m on signing Victor Lindelof from Benfica. However the Swedish defender has had a less than impressive start for the Red Devils. He made a costly error in Manchester United’s recent defeat to Huddersfield in what was a rare appearance so far in his Old Trafford career.

Mourinho has also failed to be impressed by Chris Smalling during his tenure at the club, with several Premier League clubs being linked in the summer.

United currently sit in second after a decent start to the season, but recent results have left them eight points adrift of leaders Manchester City, who are already odds on favourites to lift the Premier League title in May. Check out the latest soccer future odds.