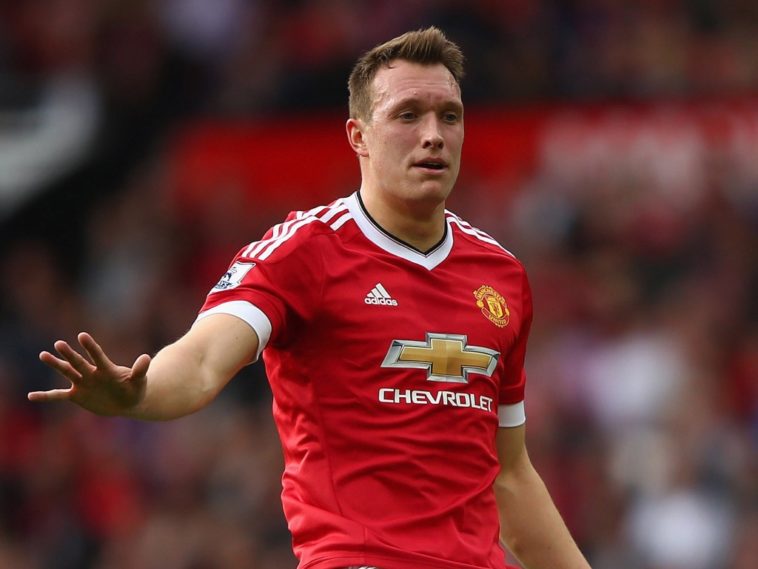 Manchester United are preparing to keep hold of Phil Jones this summer despite interest in his signature from Stoke City and Arsenal.

The defender has not featured in any of United’s opening the games of the season, with Eric Bailly and Daley Blind securing the two main defensive positions whilst even Chris Smalling has been relegated to the bench so far.

Rumours began to surface a few days ago that Stoke City were interested in signing the former Blackburn Rovers defender, interest that was confirmed by Stokes assistant manager Mark Bowen:

I don’t know how close we are or how far down the line it’s gone. He’s played the majority of his career at centre-half, but in his younger days he went into midfield as well.

I don’t know what’s gone wrong, but he’s gone from even a player Fergie was talking about as being someone who could have been one of the greats. But we have a bit of reputation for bringing players like that into this set up and then thriving. Fingers crossed, something may happen.

Arsene Wenger has also reportedly shown an interest in the wake of his defensive crisis at the Emirates, which has seen moves for Shkodran Mustafi and Jonny Evans break down after he refused to pay the respective asking prices

Jose Mourinho has however ruled out doing business with Arsenal, whilst maintaining that he sees Jones as an integral part of his squad.

The England international also wants to stay and fight for his place at Old Trafford, with Mourinho insisting more opportunities will arise in September and October with United’s involvement in the EFL Cup and Europa Leagues.