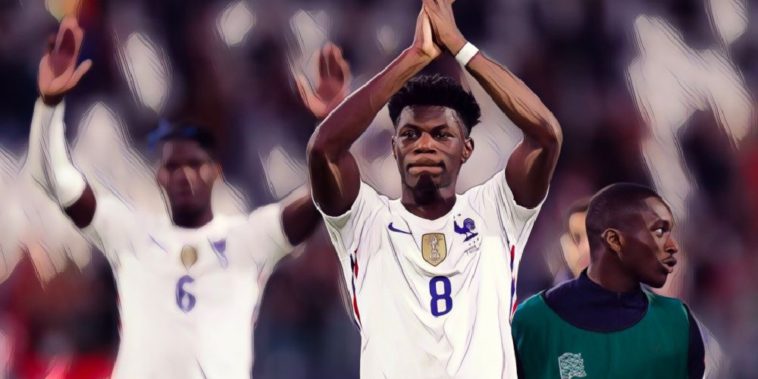 Manchester United are believed to be ‘considering’ a move for France midfielder Aurelien Tchouameni, as they seek a solution to their defensive midfield woes.

The Red Devils enjoyed a strong summer of recruitment after bringing in Raphael Varane, Jadon Sancho and Cristiano Ronaldo, yet there were lingering concerns that the club were still in need of a top-class defensive midfielder in order to be able to compete once again.

That issue has seemingly reared its head in the early weeks of the season with Ole Gunnar Solskjaer failing to settle on a midfield combination, with the lack of an out-and-out holding midfielder often leaving them susceptible on the counter, as was evident in the recent 4-2 defeat to Leicester City.

That dismal loss saw Paul Pogba and Nemanja Matic line up in midfield together, while the United boss has also often turned to his trusted duo of Scott McTominay and Fred, albeit with neither player seemingly suited to a sitting role.

The Red Devils have been linked with a number of central midfielders in recent months, with 90min reporting that they are ‘considering’ a move for Monaco starlet Tchouameni, who recently starred in France’s Nations League triumph.

The 21-year-old came off the bench in the semi-final win over Belgium, before playing the full 90 minutes in the showpiece victory over Spain, having only broken into the senior set-up earlier this year off the back of his strong club form.

The report suggests that the former Bordeaux man is one of the midfielders that Manchester United are keeping an eye on ahead of a move in the summer, having opted against making a midfield addition in the most recent window.

The signing of a holding midfielder like Tchouameni is seemingly the ‘priority’, although the club could need add two midfielders should Paul Pogba leave the club, with the World Cup winner yet to agree an extension on his existing contract – which expires in the summer.

Should he stay, however, the arrival of his compatriot – who is likely to cost roughly £50m – could help get the best out of the former Juventus star, as the two lined up together in the win over Luis Enrique’s side.

The report also claims that United are keeping an eye on West Ham United’s Declan Rice, as well as his England colleagues Kalvin Phillips and Jude Bellingham, having previously comes close to signing the Borussia Dortmund teenager prior to his move to Germany.

The Red Devils will likely need alternatives to Tchouameni with them set to be one of several top clubs in the hunt for his signature, with Chelsea having been heavily linked over the summer prior to the arrival of Saul Niguez, while Real Madrid, Atletico Madrid, Juventus, Inter Milan and Bayern Munich are also interested.