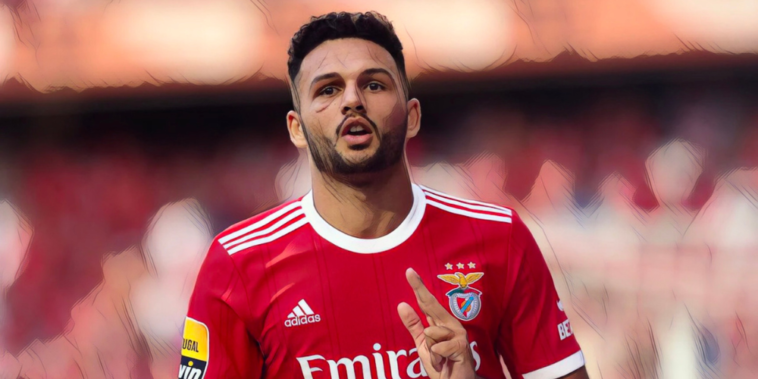 Manchester United are considering a move to sign Goncalo Ramos from Benfica as the club look to sign a centre-forward this winter.

United want to sign a forward in the January transfer window and Ramos has emerged as a target following a strong start to the season at Benfica.

The 21-year-old has scored eight goals in 12 appearances across all competitions and is understood to be valued at around £25m at The Estádio da Luz.

According to The Sun, that figure makes Ramos an attainable target for Erik ten Hag who is working on a reduced budget following the club’s record summer spending spree.

United are in need of additional depth in the final third however, following recent injuries to Anthony Martial and Marcus Rashford and the ongoing uncertainty surrounding Cristiano Ronaldo’s future.

Ramos came through the academy system at Benfica and was linked with Newcastle during the summer. Bayern Munich are also said to be tracking the progress of the forward, who has scored 14 goals in 18 caps for Portugal at u21 level.