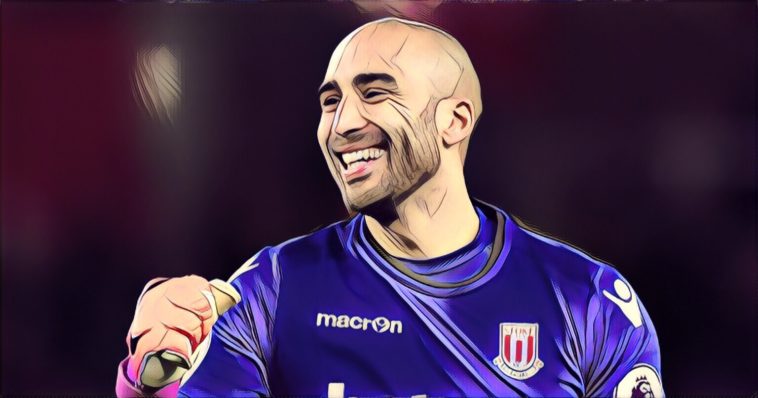 While the world had their attention focussed on England’s dramatic penalty shootout win over Colombia, Manchester United snuck in to announce their third signing of the summer.

Manchester United have already confirmed deals to sign Portugal U21 international Diogo Dalot and Brazilian international Fred, and have now confirmed the slightly more underwhelming signing of Lee Grant on a free transfer.

The goalkeeper moves to Old Trafford from Stoke City after the club’s relegation from the Premier League, where he is expected to be Jose Mourinho’s third choice stopper.

They also have a number of highly rated youngsters at the club in the form of Joel Pereira and and Dean Henderson.

However, with De Gea widely regarded as the best goalkeeper in the world, opportunities for Pereira and Henderson are extremely limited, and they expected to leave the club on loan to gain valuable experience and game time, leaving United to turn to Grant to provide cover.

Speaking to Manchester United’s official website, Grant said that it has been a lifelong ‘dream’ to play for the 20 time champions:

“Moving to Manchester United has been a dream of mine for as long as I can remember. This was an opportunity that I couldn’t let pass and I’m thrilled to become a part of such a historic club.

”I’ve enjoyed every moment of my career so far and I’m now ready to continue learning and improving alongside some of the best players in the game. But at the same time, I intend to use my experience to help the team whenever possible.

“I want to say a huge thank you to those close to me who have supported me along my journey so far. I’m looking forward to meeting my team-mates and giving everything possible for the club in the upcoming season.”