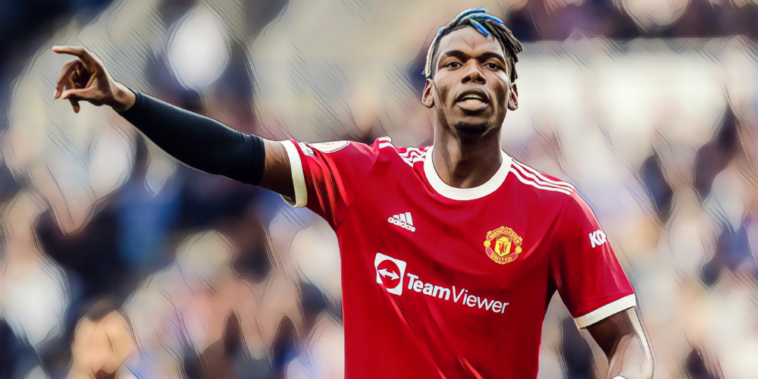 Manchester United’s summer exodus is underway after the club confirmed that Paul Pogba and Jesse Lingard will leave the club as free agents this summer.

After what has been a truly atrocious season for Manchester United, this summer always looked set to be one of widespread change at Old Trafford, with there having already been a number of changes within the club’s hierarchy.

The Red Devils have already confirmed at Nemanja Matic and Edinson Cavani would be leaving the club at the end of the season, and they have today confirmed the news that has been suspected for some time that academy products Pogba and Lingard would also be heading out of the exit door.

Pogba joined the club as a teenager from Le Havre, but left on a free transfer to join Juventus in search of first-team opportunities, where, alongside the magical Andrea Pirlo, he established himself as one of the most promising midfielders in world football.

He returned to Old Trafford to much fanfare as the World’s most expensive footballer in 2016, helping the club win the League Cup and Europa League in his first season back in England.

Those were, however, his only honours back at the club, and while he leaves with 39 goals and 51 assists, his spell will largely be remembered as one of unfulfilled potential.

Having spent several seasons out on loan, the 29-year-old was finally handed his United debut by Louis van Gaal, and would go on to become an integral part of the side under the Dutchman, as well as his successor, Jose Mourinho.

He lost his regular starting berth following the arrival of Bruno Fernandes, however, and enjoyed an impressive loan spell away from the club at West Ham during the second half of last season. Despite his form for the Hammers though, he was unable to break back into the United side under either Ole Gunnar Solskjaer or Ralf Rangnick; his gametime this season totalling just 548 minutes across 22 outings in all competitions.

Pogba is expected to rejoin Juventus this summer, while PSG remain a potential destination for the Parisien, while Lingard is the subject of interest from both the Premier League and Serie A.

Pogba and Lingard are unlikely to be the last of the departures from Old Trafford, with Juan Mata’s future unresolved, while the likes of Eric Bailly, Aaron Wan-Bissaka, Phil Jones and Anthony Martial among a host of players expected to be allowed to leave this summer.

New Manchester United boss Erik ten Hag has reportedly been given £120 million to spend this summer, plus whatever the club can claw back through player sales.