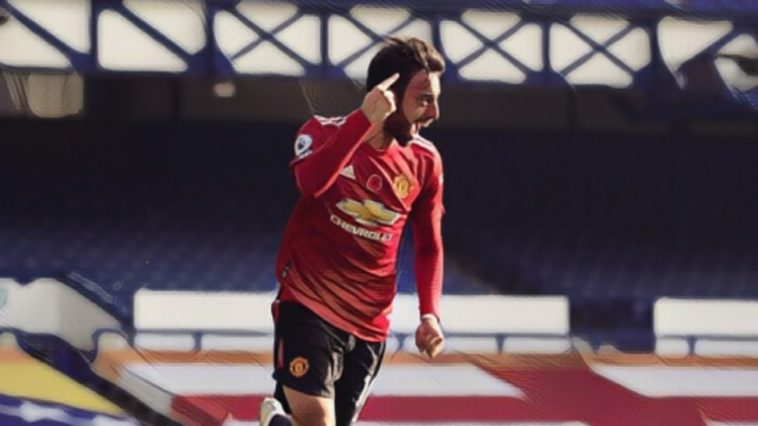 Manchester United are reportedly set to hand Bruno Fernandes a ‘lucrative’ new contract after what has been a blistering adaptation to life in the Premier League.

The Portuguese made a long-protracted £47 million move to Old Trafford last January, and instantly helped to transform the fortunes of Ole Gunnar Solskjaers side who secured the unlikeliest of third-placed finishes following their early-season struggles.

Fernandes instantly established himself as the creative heartbeat of the Manchester United side, his record standing at 22 goals and 14 assists in just 37 outings for the Red Devils, form which has apparently attracted the attentions of Spanish giants Real Madrid and Barcelona.

The 26-year-old started on the bench for United’s 3-1 win over West Ham on Saturday, but was introduced at half time to spark the Red Devils comeback, creating the joint-highest number of chances (8) of any player in a game this season, despite only playing for 45 minutes.

Bruno Fernandes created 8 chances from open play vs. West Ham, the most any player has created in a Premier League game this season.

He came on at half-time. 🤯🤯🤯 pic.twitter.com/raRNF9ROcm

Aside from his creativity, Fernandes has also added a much-needed leadership to a youthful Manchester United side, with Ole Gunnar Solskjaer recently revealing that the midfielder is not shy to dish out ‘rollickings’ to his teammates as he looks to add to his limited collection of honours.

The former Sporting Lisbon midfielder still has four-and-a-half years remaining on the contract he signed last January which sees him pick up £100,000-a-week, but according to the Mirror, United want to keep Fernandes happy and are set to offer him significantly improved terms in order to do so.

Fernandes’ current salary is significantly short of United’s top earners, with David de Gea picking up £350,000-a-week, while Paul Pogba is on £300,000, the midfielders remuneration more in line with the likes of Dean Henderson and Jesse Lingard.