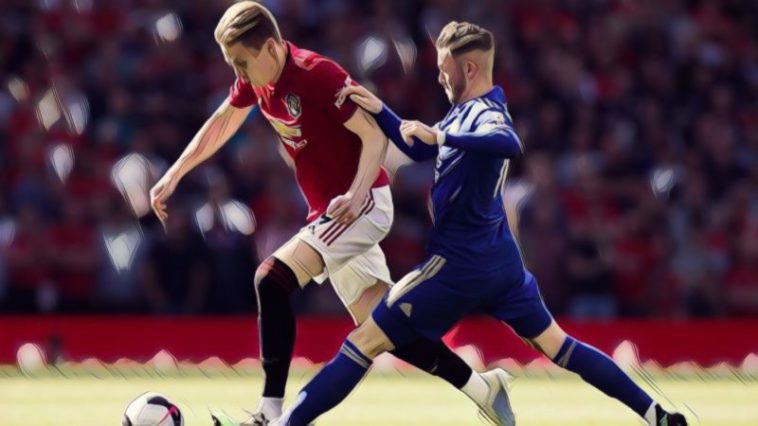 Manchester United boss Ole Gunnar Solskjaer has heaped praise on young midfielder Scott McTominay after the midfielder put in a man of the match display during his sides 1-0 win over Leicester yesterday.

One criticism that is often aimed at this current Manchester United side is that they lack leaders, although Solskjaer has insisted that tough-tackling Scotland international can be just that, despite being just 22-years-old.

The Norweigan coach described McTominay’s showing against the Foxes as ‘excellent,’ while also suggested the academy graduate still has plenty of room for improvement.

”He lost the ball a few times, but you expect that because he’s still learning his role.

”He goes into tackles and he’s a leader. I wouldn’t want to go into a 50-50 with him! I thought he did excellent all day.”

A battling display from @McTominay10 earns him our Man of the Match award! ? pic.twitter.com/bo0p39ijth

Yesterday’s win was only United’s second of the season and Solskjaer was honest in his assessment of his side’s performance afterward admitting he could not have argued too much had the game ended in a draw.

“We’ve deserved to win games and we haven’t got what we deserved.

”Today, maybe Leicester deserved a point, I think we should be honest enough to say that.

”They [our players] hung in there, defended and the crowd just got us over the line.”