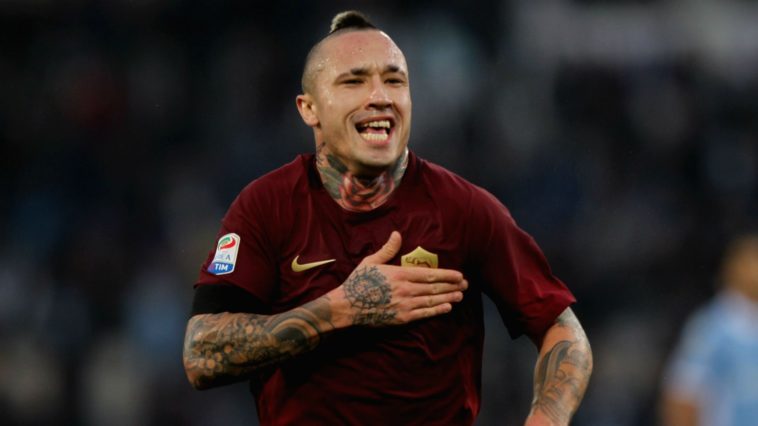 Manchester United have been dealt a transfer blow following the news that Radja Nainggolan has signed a new contract at AS Roma.

The Belgian is one of a number of players who have been linked with making a move to Old Trafford this summer, alongside Eric Dier, Nemanja Matic, Fabinho and Marco Verratti.

However the 29-year-old has ruled out the transfer by signing a new four year deal with the Serie A side.

“I think I have demonstrated that this is what I always wanted.”

“So I’m very happy, especially that the club and I can continue our adventure and move forward together.”

The midfielder has committed his future to the Italian giants until 2021, whereas for Manchester United, the hunt for a new central midfielder continues.

Spurs and Monaco have already ruled out the departures of Dier and Fabinho, while Verratti also looks like a difficult deal to complete, leaving Chelsea’s Nemanja Matic the most likely target.

Matic was left out of the clubs pre-season tour of the Far East in order to secure a transfer, but several weeks later and a deal doesn’t seem any closer.

Who should United sign? Will Matic be the one, or should they go for someone else? Leave us a comment