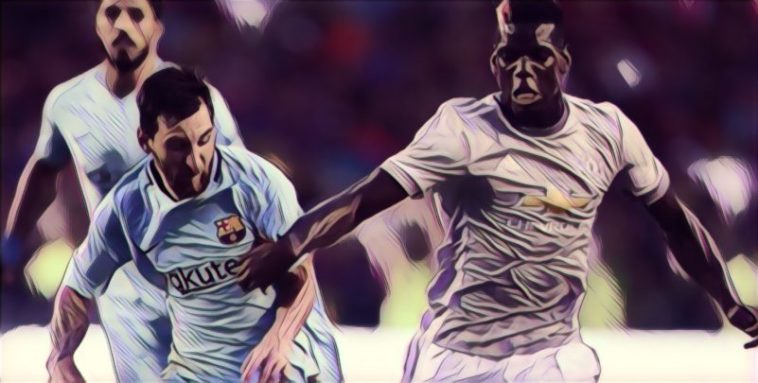 Manchester United welcome Spanish champions Barcelona to Old Trafford in the Champions League quarter-finals this week, in a match up of two of Europe’s biggest clubs.

After the initial success of Ole Gunnar Solskjaer’s caretaker tenure, Manchester United have stumbled of late with three defeats in their past five fixtures.

The Red Devils historic win over French champions Paris Saint-Germain in the previous round saw them progress, though United head into the tie as underdogs in what is their first appearance in the last eight of the competition since 2014.

Paul Pogba is free to play after missing the win in Paris through suspension, whilst Marcus Rashford and Ander Herrera are likely to feature having recovered from their respective injuries.

Solskjaer’s biggest selection dilemma seems to be whether to select Romelu Lukaku or Rashford as United’s central striker, with both having staked their claim for the position.

Saturday’s 2-0 victory over nearest challengers Atletico Madrid saw Ernesto Valverde’s side move 11 points clear at the top of La Liga, with the Catalan side looking certain to retain their crown.

Lionel Messi has been in stunning form of late, the Argentine superstar having scored 11 goals in his past 7 league fixtures.

The 31-year-old is enjoying a superb season even by his standards, having scored 43 goals and provided 21 assists in just 40 appearances so far this season.

Barca have not reached the last four since they won the competition in 2014/15, having lost at this stage for two seasons running.

French winger Ousmane Dembele will fly with the squad to Manchester, but remains a doubt with a hamstring injury.

The match officials will be confirmed on Tuesday.

What TV channel is Manchester United v Barcelona on?

UK readers can watch the game on BT Sport Live.

US readers can watch the game on TNT USA.

If you are having problems accessing your favorite channels from your current location, this is where PureVPN comes in, as it allows you to watch UEFA Champions League live online from anywhere