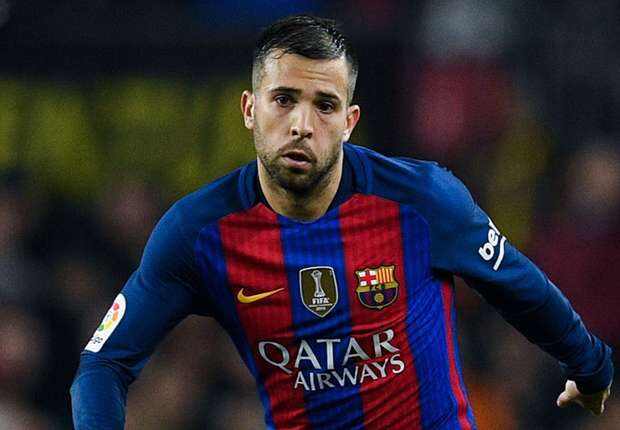 Manchester United are ‘very interested’ in signing Barcelona left-back Jordi Alba according to reports in Spain.

It is claimed in Don Balon that Jose Mourinho has identified the Spanish defender as a potential transfer target this summer to strengthen his problematic left-back spot.

On paper, Luke Shaw should be Manchester United’s first choice left back, but a devastating leg break almost two-years ago hampered his progress. He has since been unable to fully convince Mourinho that he is up to the task.

Speaking in April, Mourinho implied that Shaw had all of the physical qualities but need to improve his ‘footballing brain’:

“He was in front of me and I was making every decision for him,”

“He has to change his football brain.”

The 21-year-old started to make some in-roads into redemption last season before another injury cruelly ended his campaign.

Matteo Darmian ended the season as the first choice left-back in the absence of Shaw, but he now apparently is trying to force a move to Juventus this summer, leaving United extremely short.

The article claims that Mourinho has started ‘moving strings’ for Jordi Alba who himself has had a difficult time at the Nou Camp, making only 26 league appearances last season.

However it is believed that Barcelona are keen to keep hold of the 28-year-old former Valencia full back.