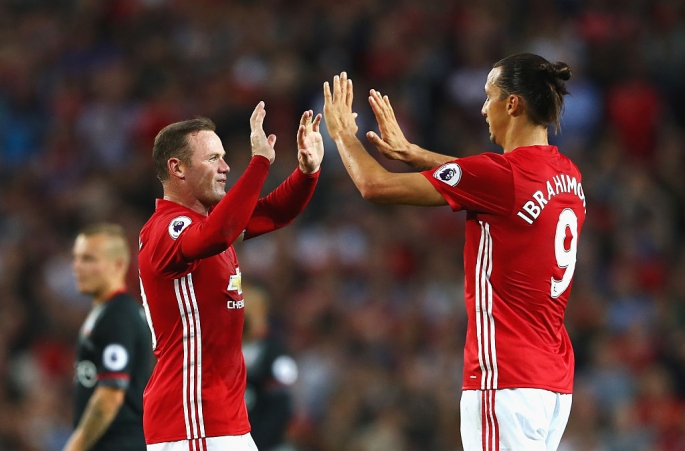 ‘You have won six games in a row and are still sixth’. The amount of times I have heard this phrase is laughable. The fact of the matter is that Manchester United currently lay sixth in the Premier League.

Mourinho’s men are currently four points off fourth spot and five points off second. A lot of direction has been pointed towards their league position, but none towards how well they have been playing recently. A poor couple of months has hampered United’s position indeed, but there is no denying that they are now playing exciting, attacking football. I wrote an article in December suggesting United were beginning to click, and shown by the recent performances and results, it seems the process is nearly complete.

Compare the performances between now and the games that United drew and/or dropped points in. Jose Mourinho suggests that they are exactly the same. The games against Burnley, Stoke and Everton (the list goes on) were similar to the performances that have seen United close the gap between them and the teams above them. To some extent, yes that can be seen as the case. United have dominated the majority of the games this season, but the difference at the moment is that they have been more clinical.

Zlatan Ibrahimovic: clinical. In the games mentioned above, he missed various opportunities to win United the game. Most wrote him off, suggesting that this 35-year-old man was past it. I didn’t, and this was for one reason: he was still getting these chances. If he was failing to be in the right place, I would have been concerned. For example, Radamel Falcao was not getting the chance to put goals away – was this because that United team didn’t create for him, or that he isn’t the same player anymore? The difference between the two players is that Ibrahimovic got the chance to score, but it seemed that even the great Zlatan himself was human.

However, today is a different story. The man is a machine – how many 35 year olds can do what he is doing at the moment? He is scoring for fun, and stepping up when United have most needed him. He isn’t playing like a man at the end of his career, and long may it continue.

Although he had a bad day at the office versus Liverpool, there is no denying that Paul Pogba has been utterly excellent in the recent months. Having finally settled in United’s midfield, mainly due to Mourinho finding his best team, Pogba has found his rhythm and putting in performances that can only get better. I’ve seen a lot of scrutiny come his way, even before the Liverpool game. Yes, he had a bad first half. It looked like the occasion may have got to him. One second – is he not allowed to make mistakes because he cost 89m? Has Lionel Messi or Cristiano Ronaldo, two of the best players to have graced the game, never had bad games? In no way am I comparing Pogba to them two, but the guy is human. He is 23 years of age, with all this hype around him.

Forget the game last Sunday and look at his performances before that. Not many people in the world can do what he does – the ability he possesses to provide the transition from defence to attack is second to none in the world. People judge him from Match of the Day and highlights by saying that he does not do much and say he has not scored or assisted – fraud! Understanding the game itself will allow you to realise how important he is to United, and he isn’t even in his peak years, perhaps nowhere near. That is what frightening.

Phil Jones and Marcos Rojo are two of the most improved players at United this season, and their performances have rewarded them with becoming United’s current centre-half partnership. Their aggressive, no-nonsense defending has been excellent. Jones looks like the player Sir Alex Ferguson thought he would be – and good for him too, as it couldn’t have been easy with all the injuries he picked up. With Jones being the main aggressor in the air, Rojo has done an outstanding job on and off the ball. Indeed, he is sometimes a worry with his over-aggressiveness, but if Mourinho can work his magic, he can calm him down. It must also be noted how much his distribution has improved too.

Henrikh Mkhitaryan has finally found his feet and looks like the top player we all knew he was. Antonio Valencia has just been rewarded with a new contract and deservedly so. I’ll be honest, I haven’t been his biggest fan when he plays at right-back. I knew how good he was going forward after that 2011/12 season where he was absolutely incredible going forward as a winger. However, suspicions arose over the last two seasons regarding whether he could actually defend. This season has answered it so far – yes. He is a rock, someone who doesn’t get the credit that he deserves.

The right side of the United team is sorted; it’s the opposite side that isn’t quite there yet. In an ideal world, Luke Shaw and Anthony Martial would vacate their natural positions to be a great threat. At this moment in time, Martial hasn’t reached his standards from last season. What doesn’t help is having Matteo Darmian as a full-back that will overlap with no end product. United need Shaw and Martial back as they are so important to United. Martial was a game winner last season, United’s best player by a mile in my opinion. He has showed glimpses of the quality we all saw last season, but he needs to show it on a more consistent basis.

The good thing about United’s team is that there’s a mixture of youth and experience. It’s easy to forget that Martial, Shaw, Rashford, Bailly, Fosu-Mensah and even Pogba are all 23 or younger. They’re the future of this team. Along with the experience from Ibrahimovic, Carrick and Rooney, they’ll learn how to be brilliant on a consistent basis. United have finally found their rhythm. They may have left it too late to mount a challenge this season, but they’re definitely on the right track.