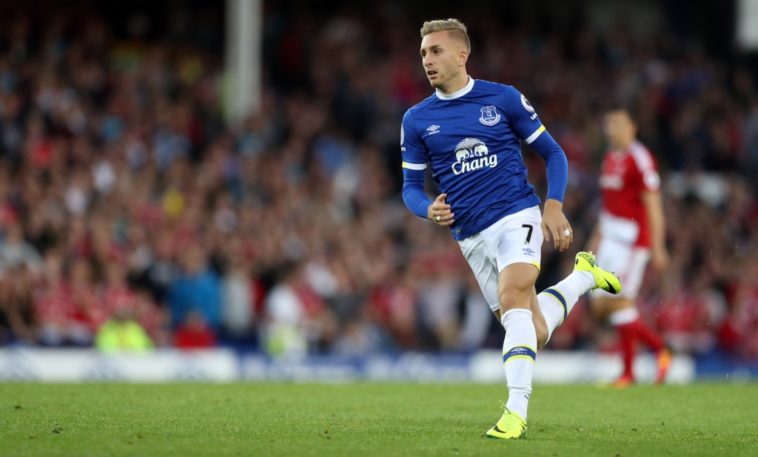 Everton are believed to have been left furious as AC Milan officially announced the signing of Gerard Deulofeu.

Yesterday, the Italian giants posted a a photograph of the Spaniard, claiming to have signed him on loan until the end of the season with the tag #WelcomeDeulofeu, but quickly deleted the post after Everton boss Ronald Koeman denied that a deal had been done.

I spoke to Gerry (Deulofeu) and it’s a difficult situation for the player.

If he finds a solution to go and to play and to get game-time then it’s not a problem but the final decision is by the board of the club and I did not have any call from the chairman that they agree something for Deulofeu.
It’s always tough because you’re not really part of the team, you don’t get a lot of game minutes, but that’s the competition we have in the team.

It is expected that the player will eventually leave to club, but it is clear that someone in charge of Milans twitter account got a little excited and accidentally allowed it to be sent before the deal was actually complete. 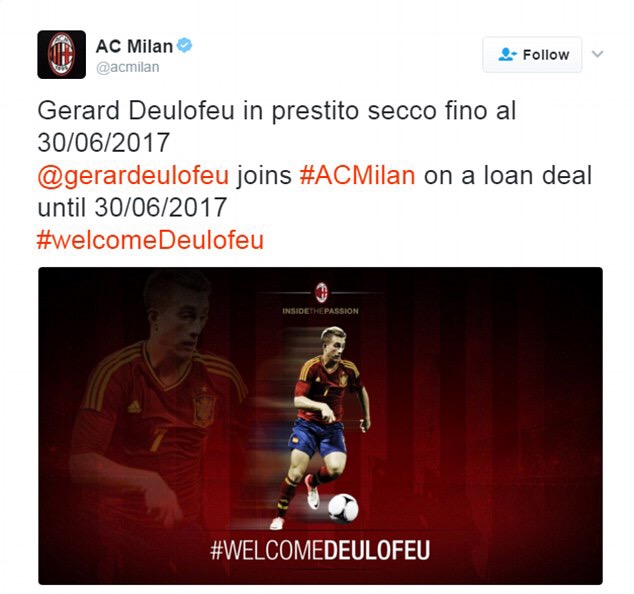