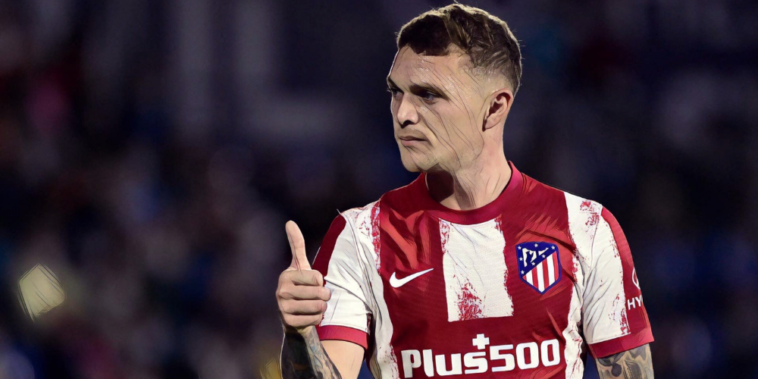 Manchester United and Tottenham are set to rival Newcastle in the race to sign Kieran Trippier from Atletico Madrid.

The England right-back has been linked with a return to the Premier League after two-and-a-half seasons in the Spanish capital, where he formed part of the Atletico side crowned La Liga champions under Diego Simeone last season.

Newcastle have been credited with an interest in the 30-year-old as the Magpies’ new ownership look to invest and strengthen the squad next month, though 90min are reporting that Eddie Howe’s side will face strong competition from a number of Premier League rivals.

Manchester United and former club Tottenham are understood to be amongst nine Premier League sides to have made enquiries into Trippier’s availability, with the former having been linked with signing the defender during the summer window.

Trippier would pose a more attacking alternative to Aaron Wan-Bissaka for the Red Devils, whilst Spurs are believed to be interested in re-signing the player they sold to Atletico for a fee of £20m in 2019.

Newcastle, however, are prepared to make Trippier the highest-paid player in their history as the relegation-threatened Magpies look to add much-needed defensive quality during the January window.

Aston Villa, Wolves, Crystal Palace and Everton are also believed to be amongst the English sides to have made enquiries, though it remains unclear whether Atletico will be willing to sell the right-back during the winter window.