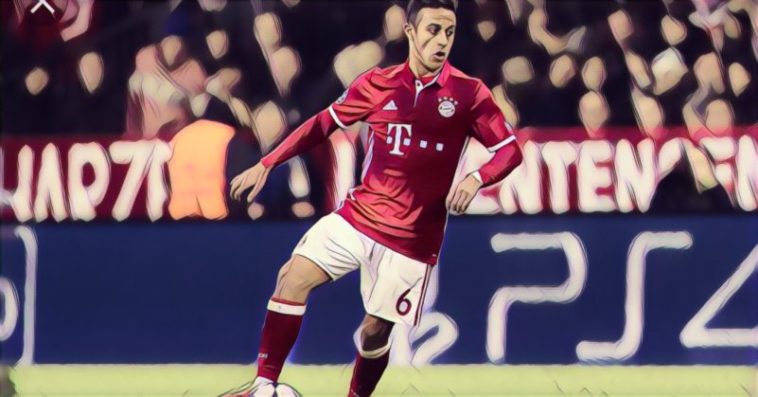 Manchester United and Chelsea are reported to have both made enquiries about Bayern Munich star Thiago Alcantara.

Bayern Munich currently have nine central midfielders at the Allianz Arena following the arrival Leon Goretzka from Schalke this summer and are reportedly keen to offload at least two of them.

It is thought that Chilean midfielder Arturo Vidal could be one one of those players who could be on the move, with Manchester United and Chelsea among the sides who have previously been linked with the now 31-year-old.

However, according to ESPN, both Premier League clubs have in fact made enquiries regarding his Spanish teammate, Thiago Alcantara.

Thiago, as he is more commonly known, was thought to be on his way to Manchester United back in 2013, but he instead decided to move to the Bavarian side after failing to break into the Barcelona squad.

The Spanish midfielder has been linked with a return to the Nou Camp, but with Bayern having set a €70 million (£62m) asking price, Barcelona are currently thought to be reluctant to pay such a fee for their former player.