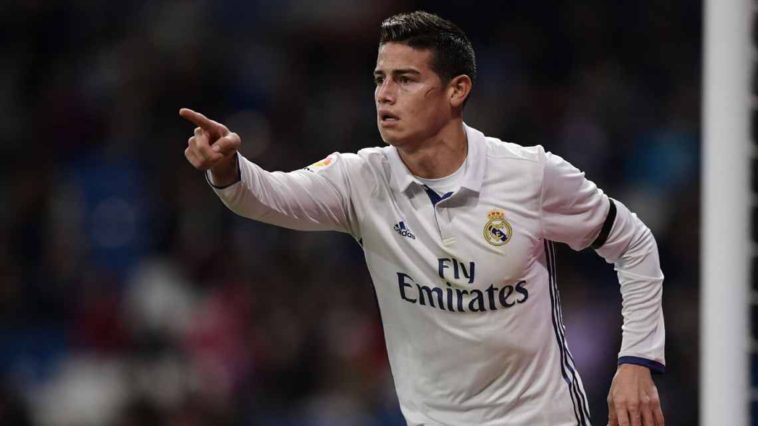 The Real Madrid chief said that they would discuss the situation at the end of the season, but he was made aware that Manchester United already have an agreement in place ahead of possible summer move,

Rodriguez has started only 12 games in La Liga this season having struggled to find a place in Zinedine Zidanes system. Despite his limited game time, the 25-year-old I still managed to score eight goals and provide six assists.

However, the radio piece also claims that Rodriguez’s arrival at Old Trafford is dependent on Wayne Rooney leaving the club. This is due to a clause in his personal contract with Adidas that states he must wear a number 10 shirt, something currently occupied by the England captain.

Rooney himself as being linked with a move away from the club. Everton are believed to be interested in resigning their academy product, whilst Rooney also has the opportunity top make a mega money move thought the Chinese Super League.

Earlier this week Rooney dropped a big hint that he indeed would be leaving to secure more regular game time.

Would Rodriguez make Manchester United title challengers again? Where would he fit into United’s system? Leave us a comment.