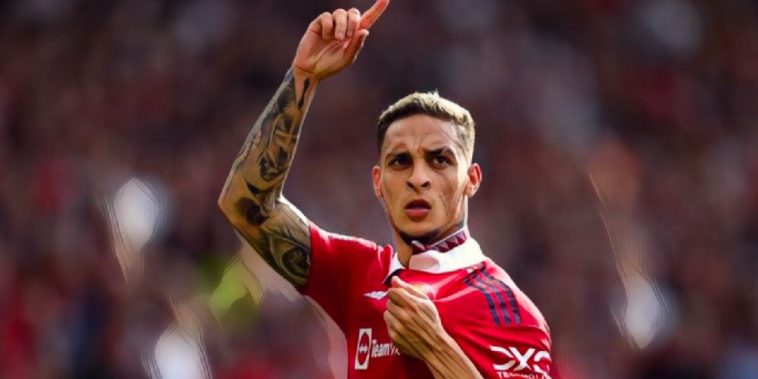 Erik ten Hag’s Manchester United took the lead in the 35th minute via a confident finish and debut goal from new boy Antony.

Arsenal were excellent for large parts of the encounter and looked the more likely of the sides to go on and win the game after they deservedly equalised through Bukayo Saka on the hour mark.

However, United hit the Gunners with a sucker punch that saw Marcus Rashford latch onto a Bruno Fernandes through ball and fire past Aaron Ramsdale before the England international killed the game off after another slick counter-attack.

Let’s see how the players rated…

David de Gea 7 – His distribution remains an issue, but made a couple of decent stops in the first half.

Diogo Dalot 8 – Solid in defence and decent in possession, the Portuguese full-back is becoming an increasingly reliable member of Man United’s back four.

Raphael Varane 7 – Struggled at times in his duels with Gabriel Jesus and gave the ball away in the build-up to Arsenal’s equaliser. However, it can not be underestimated just how important his mere presence and experience makes to United.

Lisandro Martinez 7 – Much like Varane, found it difficult up against Jesus, but to his task well and his ability to break the lines with his passing is such an asset to his side.

Tyrell Malacia 7 – Made a couple of early mistakes and was beaten by Bukayo Saka a couple of times. However, he never let it faze him and showed the type of fighting spirit that has made him a crowd favourite at Old Trafford.

Scott McTominay 7 – Continued his excellent form of recent weeks and has shown a big improvement in possession.

Christian Eriksen 9 – He has been a growing influence in recent weeks and put in a man-of-the-match performance today with some superb defence-splitting passing.

Christian Eriksen’s heart stopped. He was lucky to be alive, let alone play football again within seven months. Now, little more than a year later, he’s bossing games for the biggest club in England. What a man. 👏 #mufc pic.twitter.com/CIDChmLurq

Bruno Fernandes 7 – Put in a massive shift for his side and his through ball for the all-important second goal was sublime.

Marcus Rashford 8 – Would probably admit that he isn’t at his best as a central striker, but it’s hard to argue against his impact on the game after bagging an assist and two goals.

Jadon Sancho 6 – Started brightly and played a key part in the opening goal, however his impact faded the longer the game went on and was hooked just after the hour mark.

Antony 7 – An early backheel to create a chance had the crowd buzzing and took his goal in clinical fashion. Replaced by Ronaldo on the hour mark and United fans will hope this is just the start for their big-money signing.

Fred 7 – Brought on to shackle Odegaard and helped to shore up the midfield.

Casemiro 6 – Lost possession in a sloppy fashion just after he came on but much like Varane his mere presence soothes the nerves of Reds Devils fans.

Maguire 6 – Comically took down Jesus as soon as the Brazilian ran at him. Never change Harry.

Aaron Ramsdale 7 – The polar opposite of de Gea in terms of his quality on the ball and hard to blame him for any of the goals.

Oleksandr Zinchenko 8 – Rushed straight back into the side after his injury lay-off and showed why, with his movement into central midfield and quality on the ball causing United huge problems.

William Saliba 7 – Strong in his duals and calm in possession. Belongs at this level.

Gabriel 6 – Looked like the weak link in the Arsenal defence, and his failure to get to the ball ahead of Bruno for United’s opener cost his side dearly.

Ben White 6 – Hard to fault him, but is a centre-back playing at right-back…and it shows.

Granit Xhaka 7 – His ability to interchange with Zinchenko down the inside left helped Arsenal gain control of the midfield for large parts of the game.

Albert Sambi Lokonga 6 – Snapped into challenges and competed well, but his quality on the ball needs to improve.

Martin Odegaard 7 – A wonderful technician to watch, however he sometimes takes one touch too many and missed a sitter with the scores at 1-0.

Gabriel Martinelli 7 – Seemed to have the better of Dalot early on, but seemed to revert from his usual direct style as the game wore on.

Bukayo Saka 8 – Took his goal well and gave Malacia his toughest afternoon yet in English football.

Gabriel Jesus 9 – Put in a world-class lone striker display that only missed a goal.

🇧🇷 Gabriel Jesus completed more successful take-ons (3/8), won more ground duels (13/21) and suffered more fouls (8) than any other player on the pitch for either Manchester United or Arsenal.

Eddie Nketiah 5 – Failed to impact the game in any way.

Fabio Vieira 7 – One beautiful cross/pass showed a glimpse of what Arsenal fans can expect.

Emile Smith-Rowe 5 – Found it difficult to make any way through United’s packed midfield.

Tomiyasu 6 – Looks a more natural fit at right-back than White.