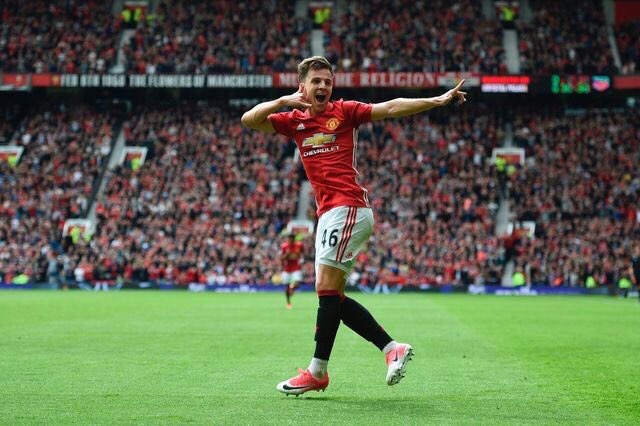 Jose Mourinho gave Manchester United fans and the world a glimpse into the future as a youthful line up breezed past Crystal Palace at Old Trafford.

Ahead of Wednesday’s Europa League final Mourinho rung the changes in order to rest his first team players. As a result Mourinho handed debuts to a number of players from the U23 side. Joel Pereira, Demitri Mitchell and Josh Harrop made their debuts starting the game. Other youth players who have already featured in the first team also started the match, they were Tim Fosu-Mensah, Scott McTominay and Axel Tuanzebe. 16-year-old Angel Gomes also made his debut for the club coming on from the bench.

Jose’s juniors got off to the perfect start, Harrop latched onto to Pogba’s wonderful pass through the Palace lines, dribbling into the penalty box and finding the top corner with a fierce finish. The stuff of dreams for the youngster as Old Trafford rose to applaud one of their own on his debut.

Just four minutes later Paul Pogba then joined in the goal scoring. A swift counter attack led by Jesse Lingard, who drove forward into the Palace half picked out Pogba with a ball across the box. Pogba guided the ball past Wayne Hennessey with a cool finish to make it 2-0 to Manchester United.

Manchester United tailed off in the second half with Pogba being subbed to be rested for the final. With no Pogba United lost their cutting edge. Christian Benteke hit the post for the eagles with a header from a ball into the box.

Palace midfielder Luka Milivojevic forced debutant keeper Joel Pereira into a good save from a free kick 20 yards from goal.

A game that meant nothing to either teams in terms of the league but one that was the game of their lives for several academy debutants. All of those debutants did themselves proud and showcased their talents and potentials on the Old Trafford stage against a full strength Premier League side. Turns out this game that everyone saw as pointless did have its uses as we glimpsed upon the potential stars of the future at Manchester United.

Manchester United waved goodbye to Old Trafford until August when the league kicks off again. The season is not over yet for United, who will be looking to win the Europa League on Wednesday and gain a place in next seasons Champions League.