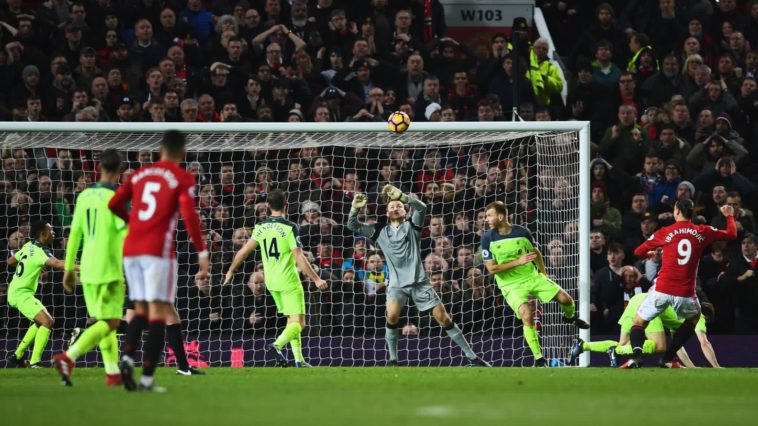 Zlatan Ibrahimovic was the hero as he came to Manchester United’s rescue as he grabbed a late equaliser with just seven minutes to go at the Theatre of Dreams.

Liverpool had led for the majority of the game after James Milner converted from the spot for the visitors to give Liverpool the lead but only for Ibrahimovic’s late header salvaged a point for the hosts.

Manchester United made four changes to the starting XI with Marcos Rojo, Michael Carrick, Anthony Martial and Zlatan Ibrahimovic coming into the lineup for United. Liverpool were without Joel Matip  due to a club v country row whilst Nathaniel Clyne missed out due to an injury picked up in training on Saturday. Youngster Trent Alex-Arnold replaced him making his first Premier League start.

Before the match kicked off, both sets of teams and fans came together to remember the late Graham Taylor, who passed last week. The period of applause added to already electric atmosphere.

Once the match eventually got going, the  pressure was on for both sides. It got off to a frantic, yet sloppy start, as both teams passing was erratic and rushed – neither team really settled into the game and looked comfortable. The first half-chance fell to United as Ibrahimovic. The Swede closed down Simon Mignolet’s clearance well, and the resulting deflection headed towards the empty Liverpool goal, but the ball landed on the roof of the net.

United then should have taken the lead with the first golden chance of the game. Henrikh Mkhitaryan played a fine ball into Paul Pogba, whose scuffed effort rolled agonisingly wide the target.

After 27 minutes, it was Liverpool on the front foot. Roberto Firmino pressed Phil Jones into a mistake to see him through on goal, but the excellent recovery defending from Marcos Rojo sent the ball for a corner. From the resulting corner, Dean Lovren lost his marker, and as Pogba desperately tried to get back into position, the £89million man handled the ball and gifted Liverpool a penalty. Up stepped James Milner who calmly converted to David de Gea’s left. 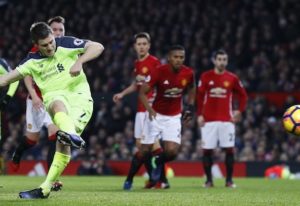 United then had two chances to level matters before the half time break. Ibrahimovic’s low drilled free kick was brilliantly saved by Mignolet, who then came to his sides rescue when saving Mkhitaryan’s shot when one-on-one.

The ever reliable Michael Carrick was the surprise name to not emerge from the tunnel at half time as Mourinho changed Uniteds shape, bringing on Wayne Rooney who was looking to break Sir Bobby Charlton’s goal scoring record with 250 goals on the horizon.

Liverpool then threatened as Divock Origi came close to doubling the visitors lead, but a deflection in the process sent the ball wide.

The game’s tempo then intensified, and Mkhitaryan found himself in acres of space down the United right after being picked out excellently by Ibrahimovic. The Armenian drove into the box but cross-shot missed everyone in what was looking to be a wasteful afternoon for the hosts.

Liverpool were boosted by the returning Phillipe Coutinho, whose introduction made a huge and immediate difference for the Merseyside club, as his pass found Roberto Firmino, whose shot was saved by de Gea.

With United committing players forward, Liverpool sat back and played on the counter-attack, and they once again came close to doubling their lead as Georginio Wijnaldum’s header went over the Spaniard’s goal.

United’s failure to break down a resilient Liverpool team who sat very deep meant a change in tactics for Jose Mourinho’s men; on came Marouane Fellaini in place of Matteo Darmian as United went for a more direct approach.

With 7 minutes to go, Mourinho had his reward. Wayne Rooney did well down the left before putting in a floated cross that found the head of Fellaini, but his effort hit the post and fell to Antonio Valencia. The full back got the ball back into the six yard box and his cross found Ibrahimovic, who found the back of the net via the crossbar scoring his 14th Premier League goal of the season. 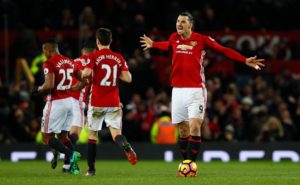 It was end to end action, but neither team could find the winner that would have been so precious for either of the clubs. A game that lacked quality, but still a very entertaining affair.

The result sees Liverpool move into third position, whilst United stay in sixth, but now just five points behind 2nd placed Spurs and with a run of relatively easy fixtures ahead.