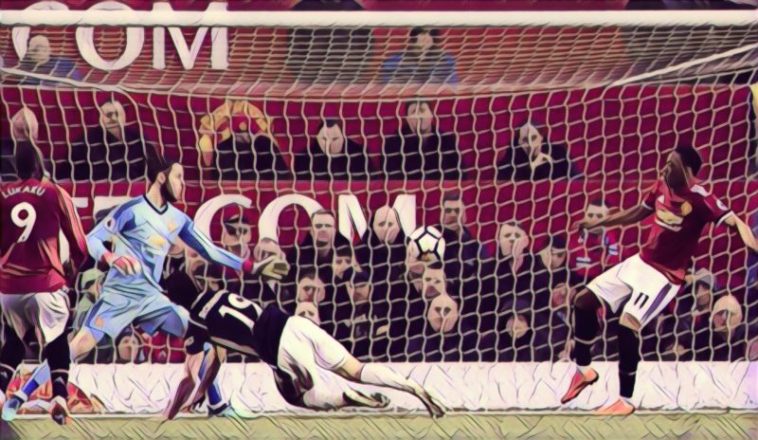 Jay Rodriguez stunned Old Trafford with a second-half winner, as United fell to a shock defeat to hand Manchester City the title. In one of the shocks of the season, bottom of the table West Brom gave themselves an outside shot at survival with a win over Manchester United at Old Trafford.

After an insipid first half, United ran into an in-form Ben Foster in the Baggies net, who repelled whatever the Red Devils could throw at him. At the other end, Rodriguez pounced on a Nemanja Matic error from a corner to guide a header past David de Gea, and seal a famous victory.

United go from sublime to shocking

When Chris Smalling guided the ball past Ederson last weekend, there was a sense that the old United were back. That flame was thoroughly snuffed out in arguably one of the worst performances of the season, up there with the debacle against Sevilla.

Everything that was right against City was nowhere to be found. There were minimal runs beyond the defence, the passing was sloppy, there was no drive and no intensity. The past couple of weeks have summed up United’s season. Two steps forward, two steps back.

WBA need to hang onto Foster for next season

The best player on the pitch was the Baggies’ goalkeeper, Ben Foster. The former United backup was immense, charging off his line with authority to scoop up through balls and claim crosses.

His best moment came in the second half, as he plunged to his right to deny Romelu Lukaku’s header. The Englishman is one of the pillars of this West Brom side, and whatever happens, they need to hold onto him for next season, even if they are in the Championship.

What to make of Paul Pogba?

The Frenchman has been one of the greatest enigmas of the season. Sublime one game, abysmal the next, always on the mind of the media, he has come to embody this Manchester United side.

Just as against City, United lined up with Pogba on the left of a midfield three, his preferred position. But there was no fire, no drive. The Frenchman was poor, and his substitution for Anthony Martial could not be questioned. Mourinho faces a huge challenge this summer: can he get the best out of Pogba?

Is there a chance for another Great Escape?

Back in 2005, West Brom were atrocious. As the New Year rolled in, they were bottom of the table, with almost no chance of survival. This season, they have gotten worse as the season has gone on, and came into this game with one win in their last thirty games. In 2005, they escaped relegation on the final day, defying all the odds.

This win and performance today gave the Baggies hope once more. They remain nine points away from safety, and the teams around them have a game in hand. There are only four games left in their season. Surely they don’t stand a chance of escaping. Just as they had no chance of winning at Old Trafford today.

A restless summer looms for Jose

Mourinho stood in his technical area, hands buried deep in his pockets, Manchester rain bucketing down from above. On the pitch, his expensively assembled team hurled themselves at a solid wall of Albion players, to no avail.

All the money spent on players like Pogba, Lukaku, and Sanchez, plus those that were here when he started out, like Rashford, Martial, Lingard and Mata, and still nothing.

Guardiola’s City have the title, and questions are being asked of Mourinho and United. As of now, his legacy in Manchester is one of failure. Failure to match their rivals, failure to challenge, failure to entertain. This summer will not be restful, as Mourinho will need to do what he can to bridge the gap between himself and his rival once more.