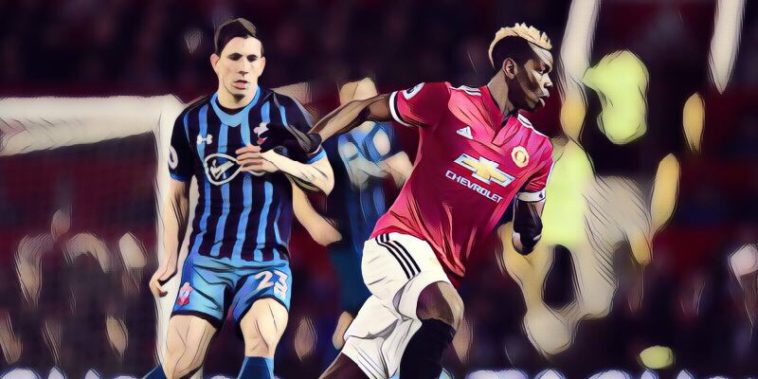 Manchester United were booed off the Old Trafford pitch as Jose Mourinho’s team produced a lifeless and timid performance to draw 0-0 with a struggling Southampton side who had lost 5-2 against Tottenham in their last game.

Mourinho’s men haven’t won in their last four games as the miserable festive period continued for the reds who have slipped down to third in the league with a battle for the top four now very much the concern for the Red Devils.

Here are five things we learnt from the game at Old Trafford:

Manchester United have no identity

Since the retirement of Sir Alex Ferguson Manchester United have struggled to deliver a coherent philosophy and play style, three managers in and nothing has changed, it is still the same old stale and negative football that has plagued the Manchester team for well over four years without the leadership of Ferguson.

Looking at United’s rivals Manchester City, Liverpool and Tottenham who all have a distinct philosophy and all play superior football compared to Mourinho’s men, any Manchester United fan will surly be envious of the sparkling football their rivals play.

Against Southampton it was more of the same negative incoherent tripe served up on the Old Trafford pitch by a manager who appears to have been left behind by the modern game and doesn’t look suited to life in the Manchester United dugout.

Has Mourinho lost the players, fans and board?

Recent weeks have highlighted a real negativity from the Manchester United manager, the Red Devils boss has taken time to criticise referees, Manchester City, his players and the board at Old Trafford for an apparent lack of investment in his opinion.

The air of negativity surrounding Mourinho has stemmed onto the pitch and the stands at Old Trafford as things have turned sour and joyless in recent weeks, it had seemed to be bubbling under the surface previously in the season.

There is something not quite right at Manchester United and it is quite clear that the manager is not happy, the players do not look happy playing for a wonderful club like Manchester United, the fans have made their feelings clear in this game by booing at the final whistle and you do wonder what the Manchester United decision makers make of this negativity.

Having been out of the picture for well over a month it was a welcome chance for Henrik Mkhitaryan to show what he can do and potentially get back into the team, however the Armenian was unable to take his chance and struggled to get a foothold in the game.

The wingers crossing was abysmal at times and the number 22 is clearly lacking confidence and has simply not settled down to life at Old Trafford, with the sometimes hostile and inpatient management of Mourinho you do wonder if Mkhitaryan will get back into the team.

A centre back from Holland was man of the match at Old Trafford for Southampton, was it Virgil van Dijk? No it was Wesley Hoedt.

The Summer signing from Lazio was a wall at the back for Saints at Old Trafford and showed that there is life after the Liverpool bound Virgil van Dijk with a commanding performance to ensure Southampton got the clean sheet and the point from the game.

A welcome performance for Pellegrino

It has been a tough start to life on the South coast for Southampton’s new manager who has struggled to make a positive impact at St Mary’s but the performance and result at Old Trafford will be a welcome boost for the saints manager.

The substantially improved work rate and desire from the team from previous games will have pleased Pellegrino as his team looked a coherent unit in a tough away game and looked the team most likely to win the game, a promising building block for Southampton heading into the new year.