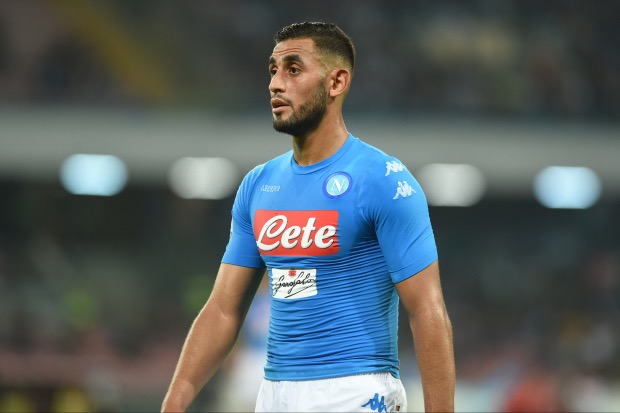 Faouzi Ghoulam of SSC Napoli during the italian Serie A football match between SSC Napoli and Empoli F.C. at San Paolo Stadium on October 26, 2016 in Naples,Italy. (Photo by Franco Romano/NurPhoto via Getty Images)

Manchester City are looking at signing their fourth full back signing within a number of months following the long term injury to Benjamin Mendy.

Mendy, who became the worlds most expensive full back of all time earlier this summer after completing a £52m move from Monaco, has suffered a serious knee injury which will keep him out of action for the majority of the season.

Mendy was just one of three full backs to arrive at the Etihad this summer, with Kyle Walker and Danilo also being signed by Pep Guardiola for a total of around £130m.

The summer splurge on new full backs was essential, after the former Barcelona and Bayern Munich manager allowed all of last seasons full backs to leave. Pablo Zabaleta went to West Ham, Alexander Kolarov moved to Roma, Gael Clichy moved to Turkey, while Bacary Sagna is being linked to Leicester City, despite being currently without a club.

However, with Mendy out of action, Pep Guardiola has been linked with a move for Napoli left back, Faouzi Ghoulam.

The 26-year-old is out of contract next summer and could be available for as little as £3m.

According to the the Daily Mirror, talks between the two clubs could take place as quickly as next week, with Manchester City hosting the Italian side in their Champions League fixture.