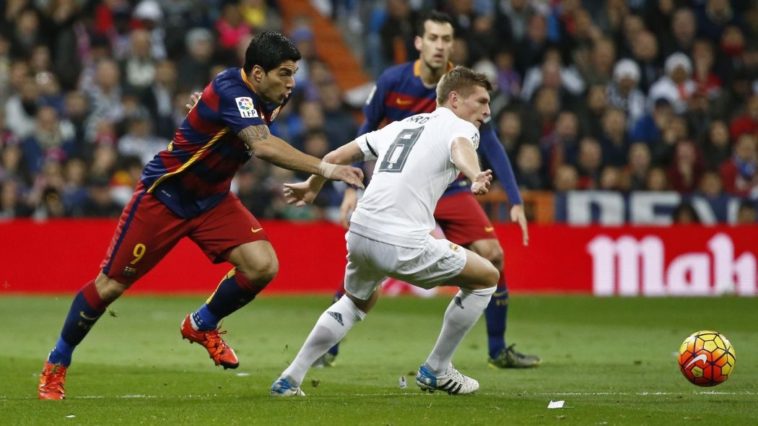 Manchester City are preparing to splash the cash this summer with a £150million double swoop for two of La Ligas biggest stars.

The Daily Mirror claim that Pep Guardiola will target Real Madrid midfielder Toni Kroos, as well as Barcelona forward Luis Suarez as he rejuvenates his Manchester City squad ahead of his debut Premier League season.

Kroos was thought to be surplus to requirements at the Bernabeu just a few months ago, but a string of excellent displays have made him a key member of Zinedine Zidanes Champions League winning squad. The German, who was involved in last nights Euro 2016 quarter final victory over Italy, would set any potential suitors back £63million! The 26-year old is thought to be happy with life in the Spanish capital.

Suarez, who is represented by Guardiola’s brother Pere, would set City back a staggering £85million, but the Uruguay international is thought to be open to making the move, whilst his family are settled into life in Barcelona.

City have already completed the signings of Ilkay Gundogan and Nolito.