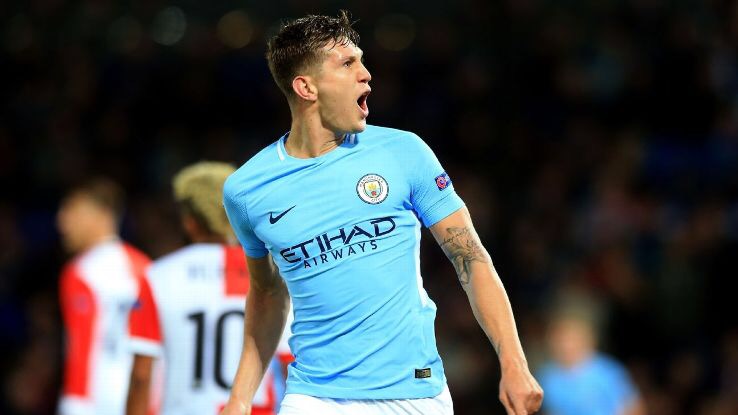 Manchester City’s cruise toward the Premier League title has been dealt with challenging waters to pass.

The runaway leaders’ remain eight points clear at the top of the League following a comfortable 3-0 win over Leicester City today, but they were rocked by an early injury to John Stones.

The £50m man has been rock solid for Pep Guardiola this season as he finally starts to justify his price tag, while forming a defensive partnership with Nicolas Otamendi.

Speaking in his post match press conference, Pep Guardiola confirmed the former Barnsley and Everton man is facing four to six weeks on the sidelines:

“He will be out for the long term. It is muscular so it is four to six weeks that he will be out.

“Fortunately we are already qualified for the Champions League and in the Premier League, yes we are there, but the only problem is we have a lot games.

“John, in that moment played amazingly, the way he played with the ball, without the ball, leading the back four, squeezing. All of it was almost perfect.

“Of course we are going to miss him, but we missed Vincent [Kompany] for the last two-and-a-half months but hopefully Vincent can be safe for the future.”

City face Feyenoord on Tuesday in the Champions League, before travelling to face Huddersfield next weekend.