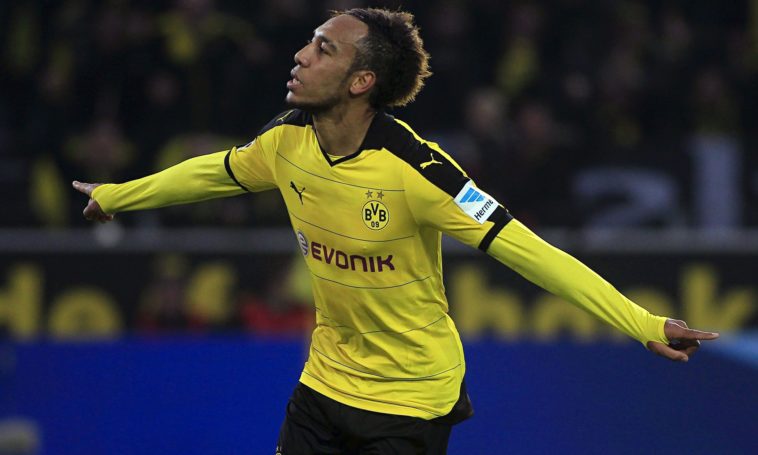 Manchester City have once again been linked with making a move for Pierre-Emerick Aubameyang.

The striker was heavily linked with making a move to the Etihad last summer, but a move didn’t materialise for the Gabon striker.

Aubameyang was then linked with making a £60m move to Paris Saint German this summer, before the French clubs manager Unai Emery pulled the plug on the deal with his preference being to strengthen the midfield instead.

This breakdown in talks alerted a number of clubs in the Premier League as well as in China, but according to Sky Sports, it is Manchester City who are looking to take the lead in the negotiations to sign the 27-year-old.

From the outside it could be perceived that Sergio Aguero is unfancied by Pep Guardiola, with Gabriel Jesus being fancied on numerous occasions last season. A move for Aubameyang could put a further nail in the coffin of the Argentine Aguero despite claims that he will stay at the Etihad.

The 27-year-old has scored 85 goals in 128 Bundesliga appearances since he arrived at Borussia Dortmund from St-Etienne in 2013.