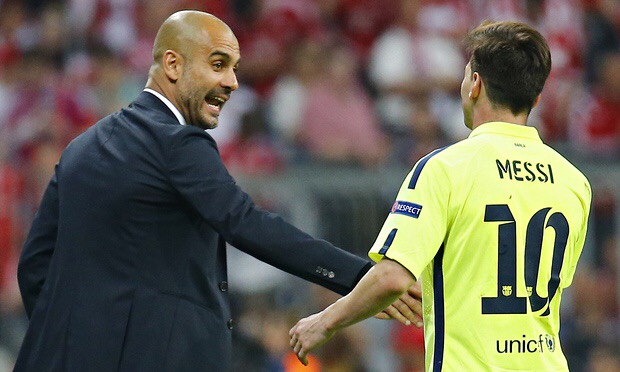 Manchester City have held what has been described as ‘serious conversations’ regarding the potential signing of Lionel Messi according to reports in Spain.

Messi has just nine months remaining on his current deal at the Nou Camp, and despite Barcelona claiming back in July that the Argentine has agreed a deal to extend his contract until 2021, he has yet to put pen to paper and officially sign the deal.

Barcelona are still telling sources close to the club that the contract extension is just a formality, but it is claimed that there are still a lot of loose ends to be tied up before Messi commits his long term future to the Blaugrana.

Behind the scenes, Manchester City’s long standing interest in the 30-year-old is active, with representatives holding what has been described as ‘serious conversations’ with Messi’s ‘inner circle’.

Messi is believed to be happy in Catalonia, but after developing a difficult relationship with the club, Manchester City are doing everything they can to pursuade him to move to the Premier League.

AS claim that City are willing to pay a staggering €400m (£358m), although that claim is bizarre considering Messi’s current release clause is €300m.

Man City manager and former Barcelona boss Pep Guardiola is a keen admirer of the five time Balon d’Or winner, and only in August he speculated that he could be the next player to have his release clause triggered.