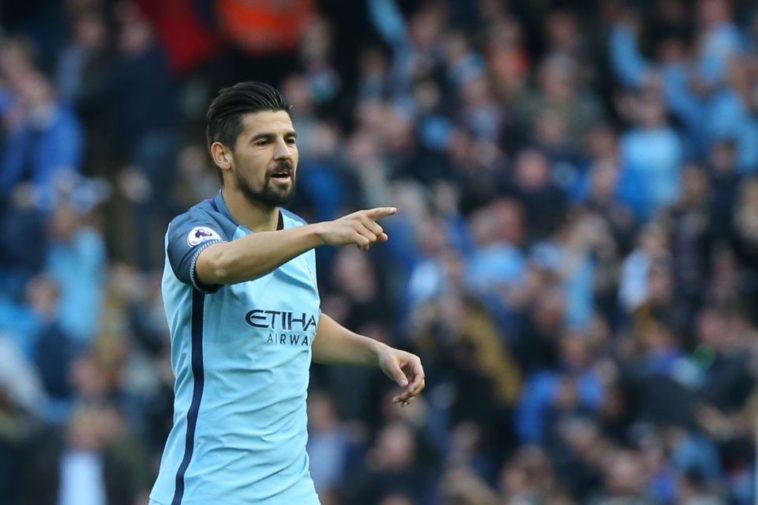 Manchester City flop Nolito is close to securing a deal to leave the Etihad stadium after just one year.

City beat off interest from Barcelona last summer to sign the Spaniard for what looked like a bargain price of £13.8m, however just 12 months later his brief spell in the Premier League is over.

According to Spanish publication Marca, La Liga club Sevilla are edging closer to securing a cut price deal for the forward. It is thought that the deal to take Nolito back to Spain is worth around €9 (£7.9m).

Nolito had a promising start to life in England, but his time quickly soured, eventually only making 19 Premier League appearances, scoring four goals.

The Andalusian club are in the market for a new attacking wide player after Vitolo agreed a deal to a move to Atletico Madrid via a loan spell at Las Palmas.

Nolito was spotted in Spain last month close to the club’s stadium as he reportedly met with club officials to discuss personal terms.

The report claims that they will also try to sign former Manchester City forward Stevan Jovetic and Chelsea defender Kurt Zouma this summer.