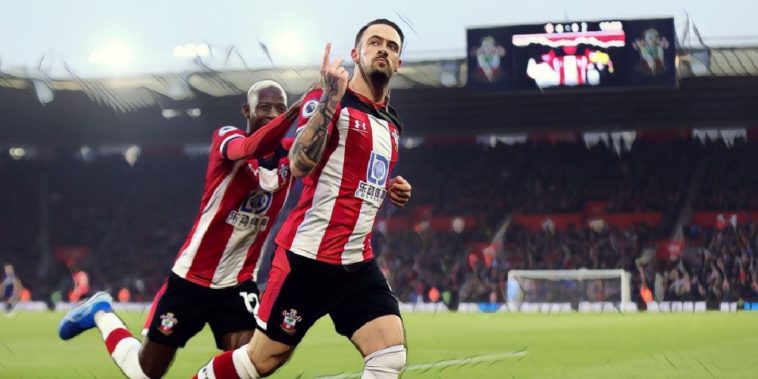 The Premier League season has once again captivated the imagination of football fans, and whilst there can be a certain sense of predictability on occasion, each season tends to throw up its fair share of shocks and surprises.

Whilst the likes of Kevin De Bruyne, Pierre-Emerick Aubameyang and Sadio Mane star once again, several unheralded talents have enjoyed stellar campaigns in their own right during the opening months of the campaign.

We’ve decided to profile some of the players who have performed well above expectations thus far, here are five Premier League players who’ve been surprisingly brilliant this season…

The forward’s dream move to Liverpool almost five years ago proved to be a nightmare in reality, Ings enduring a horrific run with injuries that restricted his opportunity to make an impression on Merseyside.

Having found himself on the fringes under Jurgen Klopp he opted for a loan spell at Southampton last term, and a respectable tally of seven league goals prompted the Saints to secure the former Burnley man on a permanent basis for a fee that could rise to £20m.

In today’s vastly inflated market that fee has proven to be a shrewd investment, Ings enjoying the best form of his career to fire Ralph Hasenhuttl’s side away from relegation worries after a slow start to the season.

It’s now 16 goals in all competitions for the 27-year-old, Ings scoring ten times in his past ten league starts to prompt talk of an England recall. The one-cap international made his solitary appearance for the Three Lions in a qualifier against Lithuania in 2015, but is now surely in contention for Southgate’s squad ahead of March’s international break.

Following a frustrating period Ings has now found the consistency to showcase his evident talents, only Jamie Vardy having scored more goals than the Saints star in the Premier League this season.

Sheffield United’s brilliant adaptation to the top flight could have seen a whole host of their players feature in this list, with the likes of Lys Mousset and George Baldock having thrived for Chris Wilder’s side so far this season.

The Yorkshire side’s performances has seen them rise to the dizzying heights of sixth in the top flight, and we’ve opted for one of their true surprise packages in midfielder Lundstram for a place in this list.

The former Everton academy star made just ten league appearances during the club’s promotion campaign, but through hard work has gone from peripheral figure to firm fan’s favourite at Bramall Lane.

Lundstram has flourished as a box-to-box midfielder in Wilder’s unique system, scoring three goals and providing two assists in the club’s rise towards the European places.

After 12 seasons away the Blades are back in the big time this season and thriving, with Lundstram at the heart of it.

Maupay’s prolific form at Championship level persuaded Brighton to take a gamble on the French forward this summer, with new manager Graham Potter confident the 23-year-old would be able to handle the step up to top-flight football.

The Seagulls would part with a fee of £20m to secure his services, the club desperate to ease their goalscoring worries having become over-reliant on the veteran Glenn Murray in recent seasons.

A goal on debut away at Watford would relieve some of the pressure on the club’s marquee signing, with a further six goals coming following a strong start to his Premier League career.

Interestingly, Brighton are yet to lose a game in which Maupay has found the net, the forward becoming a talismanic figure for a side currently three points outside the relegation places.

Maupay’s movement and finishing has brought a new dimension to the Brighton attack this season, and reports are already linking the forward with a big-money move away – Napoli amongst the club’s to have reportedly expressed an interest.

Norwich’s academy system has been a conveyor belt of talent in recent seasons, with a host of youthful prospects helping the club towards promotion last season.

Whilst the likes of Max Aarons and Jamal Lewis were widely praised last term, it has been another academy star who has shone brightest since reaching the promised land of the Premier League.

Cantwell would score just once from 18 starts during the club’s run to the Championship title, but has kicked on another level this season to emerge as one of the most promising English talents in the division.

The 21-year-old has scored six goals and provided two assists from just 18 appearances at the top level, sparking speculation of potential moves to the likes of Manchester United and Tottenham.

England recognition at U21 level would come for the first time in August, Cantwell keen to continue his development and looks likely to remain in the Premier League next season – regardless of whether the struggling Canaries survive the drop.

Whilst Traore may have been a then club-record signing when joining Wolves from Middlesbrough ahead of last season, the winger’s debut season at Molineux proved hugely underwhelming, making just eight league starts and providing just a solitary goal.

Wolves manager Nuno Espirito Santo initially struggled to find Traore’s best position, a host of different experiment’s failing to get the best from a player with game-changing attributes.

However, this season the 23-year-old has shown signs of fulfilling his potential, thriving in an attack-minded side and being given a licence to rampage forward. The Midland’s club’s usage of a back three with wing-backs has restricted Traore of defensive duties, and unshackled the Spaniard has thrived.

Few players in world football can match the burly winger’s blend of pace and power, Traore flying past hapless full-backs at will and scoring four times this season, while his once almost laughable lack of end product has massively improved, yielding a further four assists.

At his dynamic best Traore is virtually unstoppable, Newcastle’s Jetro Willems insisting the raw physical attributes of the winger make him a more difficult proposition than Cristiano Ronaldo.