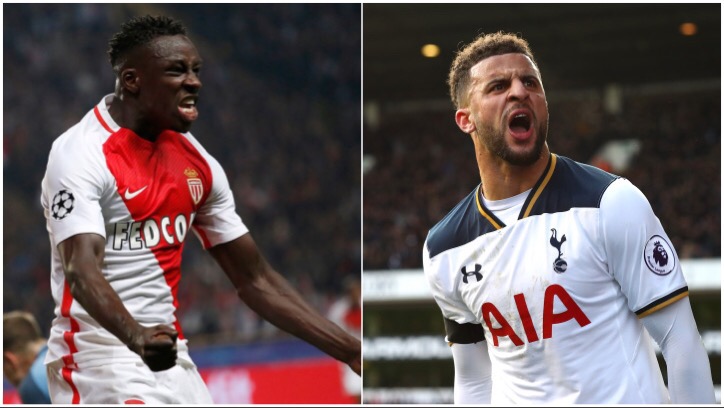 Pep Guardiola’s squad us desperately in need of reinforcements in the full back department after having let Pablo Zabaleta, Bacary Sagna and Gael Clichy all leave the club this summer after their contracts expired.

City were heavily linked with the signing of Dani Alves after he mutually agreed to terminate his contract at a Juventus. However they were left shocked when the Brazilian snubbed a move to the Etihad and agreed to join Paris Saint-Germain.

They have got over their disappointment quickly though, and have agreed a £50m fee with Tottenham for Kyle Walker. It is claimed that the England international will have a medical today before completing the switch to Guardiola’s side in the coming days. It is thought that City will pay £45m upfront plus £5m in performance related bonuses.

Walker fell out of favour at Spurs last season after wanting a pay rise beyond the club’s strict wage cap, and was replaced by Kieran Trippier for the last few games of the season.

City are also believed to be close to signing Monaco left back Benjamin Mendy. The French defender has been linked with a move to the Premier League club since the latter end of last season, and it seems that Guardiola is finally close to getting his man.

He has been left out of Monaco’s squad for their up coming pre-season friendlies so he can complete his £50m move to Manchester City. He will join up with his former Monaco teammate Bernardo Silva, who already completed a move from the French club.

Both deal are expected to be complete by the time Manchester City fly out to the USA god their preseason tour next week. Their first game could come as soon as 20th July, when they will face Manchester United in Houston, Texas.