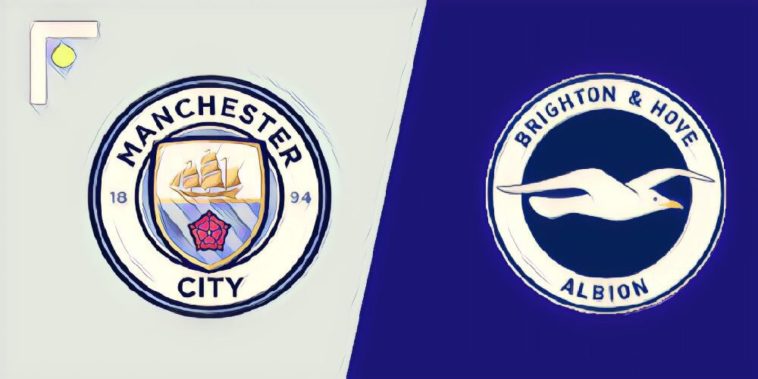 Premier League leaders Man City take on Brighton in the first of this weekend’s FA Cup semi-finals at Wembley as Pep Guardiola eyes an unprecedented quadruple.

Man City already have one trophy in the bag in the shape of the Carabao Cup, and narrowly sit at the top of the pile in the Premier League. However, as they look to become the first English club to win all four major trophies in a season, their attentions turn to the famous FA Cup.

Their last game was a comfortable 2-0 win over Cardiff City, although Guardiola was unhappy with his side’s performance in front of goal, and the Catalan boss will be looking for his side to become more ruthless.

Considering that five of the top six sides have crashed out before the semi-finals, Brighton will be looking at the FA Cup as a chance to get their hands on their first major piece of silverware in the clubs history.

However, they will have to do it the hard way against Pep Guardiola’s side, and Chris Hughton will have to hope that his trusty back four are able to put in another resolute performance to keep out City’s abundance of attacking talents.

The Seagulls are still firmly looking over their shoulder in the league, and have lost their last two outings including the midweek 3-0 defeat to Chelsea.

What channel is Man City v Brighton on?

If you are in the UK, you can watch the game on BBC One