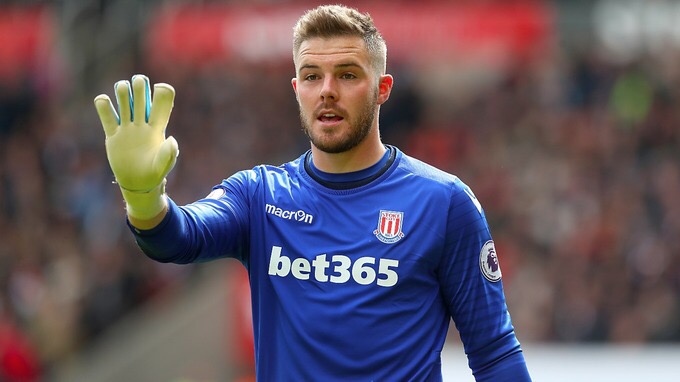 The Manchester Evening News claims that the young England goalkeeper is one of a number of targets to become the club’s new number one. City fans have watched long-term number one Joe Hart shipped out on loan to Italian club Torino, whilst his replacement Claudio Bravo and his understudy, Willy Caballero both make a series of less than impressive displays.

Hart was told pretty early on into Guardiola’s reign that he was not a part of the Spaniards plans. This is believed to be down to Harts limited ‘footballing’ abilities. He eventually got rid of the England goalkeeper, replacing him with Barcelona’s Claudio Bravo.

But despite being good with the ball at his feet, first impressions seemed as though he was less good with his hands…a prerequisite for a goalkeeper you would think?

However, nonetheless, Hart has remained in Italy and Guardiola has chopped and changed his primary goalkeeping option.

Another new number one

The Catalan manager is now however believed to be in the market one more for a new number one once again. Hart has been told he can leave permanently, whilst Caballero is yet to find out if he will be retained, this despite his contract running out at the end of this season.

Benfica goalkeeper Ederson is one of the front-runners, but the aforementioned article says that it is Jack Butland who could be on the move up the M6, despite struggling with injuries during his Stoke career.

Sunderland ‘keeper Jordan Pickford is also on City’s radar after some impressive performances, this despite of his club’s already confirmed relegation to the SkyBet Championship.

Who should be Manchester City’s first choice ‘keeper next season? Should Joe Hart be given a chance? Can calamity Claudio turn it around? Leave a comment below.