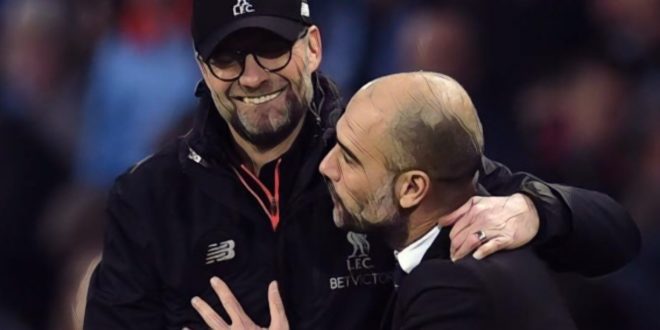 Pep Guardiola took charge of his 150th game as a Premier League manager during Manchester City’s 2-1 win over Bournemouth last week, the Spaniard having cemented his position amongst the greatest managers of all-time following a trophy-laden period in English football.

Guardiola is one of just four managers to have won multiple league titles in the Premier League era and continues to enhance his reputation, but where does the City boss rank amongst the most successful managers after 150 fixtures?

Here are the five managers with the most wins after 150 Premier League games:

After winning three league titles with Liverpool, Dalglish returned to management at second-tier Blackburn Rovers in the early nineties, guiding the ambitious side into the newly-formed Premier League ahead of the division’s inaugural season.

An expensively-assembled side – including the British transfer-record addition of Alan Shearer – secured a fourth-placed finish in their debut top-flight campaign, before finishing as runners-up to Manchester United the following year.

The crowning glory of Dalglish’s reign at Ewood Park came with Premier League title success in 1994/95, Blackburn crowned as champions of England for the first time in 81 years after pipping United to the title on the final day of the season.

Dalglish later took charge of Newcastle following the resignation of Kevin Keegan in 1997, guiding the club into the Champions League and racking up 85 wins from his first 150 Premier League games.

The most successful manager in English football history and a record 13-time winner of the Premier League, it may be surprising that Manchester United great Alex Ferguson sits just fourth on this list of managerial greats.

Ferguson guided United to a drought-breaking league title during the first season of the Premier League, before winning four of the first five editions of the rebranded top tier during a golden period of domestic dominance for the Red Devils.

The Scot oversaw 90 wins from his first 150 games as a Premier League manager as he built the first great side of his dynasty at Old Trafford, Ferguson turning United into a winning-machine as they overhauled rivals, Liverpool, to become England’s most successful side in terms of title success.

Jurgen Klopp will forever be remembered as the man who ended Liverpool’s three-decade wait for a league title, the club’s success this season the culmination of an evolution on Merseyside in recent seasons.

The German has transformed the Reds into one of Europe’s most feared sides and brought a remarkable consistency to their league form, reaching over 90 points in each of the past two seasons and winning the title with a record seven games to spare this term.

Klopp’s five-year spell with Liverpool has been one of steady improvement, the former Borussia Dortmund boss winning 92 of his first 150 league games in charge and also becoming the third-quickest to reach a century of Premier League victories.

Jose Mourinho’s arrival in English football saw the newly-appointed Chelsea boss declare himself as ‘The Special One’, a label that seemed to fit perfectly following a sensational start to life at Stamford Bridge.

Mourinho delivered a first league title to west London in half a century during a debut season that saw the club concede an all-time record low of just 15 goals, before making it back-to-back championships as a new era of success was ushered in at the billionaire-backed outfit.

He remains the fastest manager in the division’s history to reach 50 wins – incredibly racking up that figure in just 63 league games following his move to Chelsea from Porto.

The Portuguese won 105 of his first 150 Premier League fixtures, becoming just the second manager to win three league titles during a second stint at Chelsea before later spells at Manchester United and his current role as Tottenham boss.

No manager has ever won more games in their first 150 Premier League fixtures than Guardiola, with Manchester City‘s victory over Bournemouth in midweek their 111th under the Spaniard’s guidance.

Guardiola’s reign at the Etihad has been one in which record after record has been shattered, the Manchester side becoming the first in Premier League history to reach 100 points in 2017/18 – a campaign which saw the club set several new single season landmarks including most wins, most goals and most consecutive victories.

Their ‘Centurions’ campaign was followed by another near-flawless season that delivered 98 points, Guardiola becoming just the third manager – after Ferguson and Mourinho – to successfully defend the Premier League title.

Moments that made the Premier League: The bar is raised by Man City’s Catalan revolution