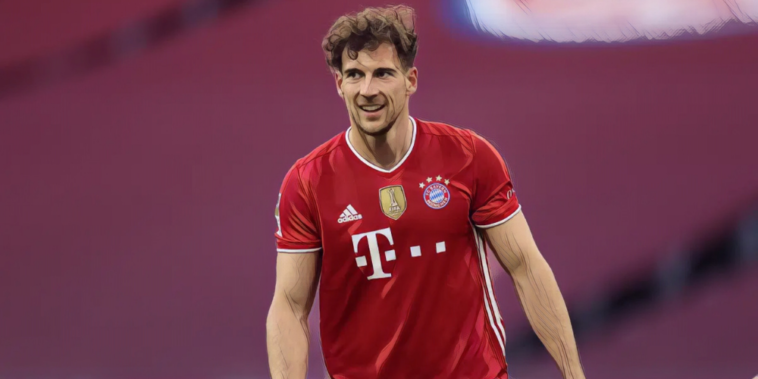 Manchester United are said to be wary of transfer links to Leon Goretzka as the club prioritise the signing of a new midfielder before the transfer window’s closure.

United have been linked with a move for the Bayern Munich midfielder following uncertainty surrounding his future with the Bundesliga champions, Goretzka having entered the final year of his contract at the Allianz Arena.

The 26-year-old has so far failed to agree terms on an extension and the Red Devils are believed to have made contact with his representatives ahead of a potential move.

However, the Manchester Evening News are reporting that the club are cautious about their interest in the Germany international, with sources amongst the Old Trafford hierarchy believing the midfielder’s representative is using interest from the Premier League to secure an improved contract at Bayern.

United are understood to be prioritising the signing of a new midfielder before the closure of the window, with Paul Pogba’s future uncertain.

Paris Saint-Germain are interested in signing the 28-year-old whose contract expires in 2022 and midfield reinforcements are now a priority for the Red Devils with names such as Declan Rice, Eduardo Camavinga and Saul Niguez linked.

However, the report adds that Declan Rice is ‘expected to stay at West Ham United for at least another year’, while Camavinga’s ‘preference’ is a move to La Liga, with Real Madrid long-term admirers.

Ole Gunnar Solskjaer also retains an interest in signing Atletico Madrid full-back Kieran Trippier, though the signing of the England international has fallen behind a move for a new midfielder amongst the club’s priorities this summer.