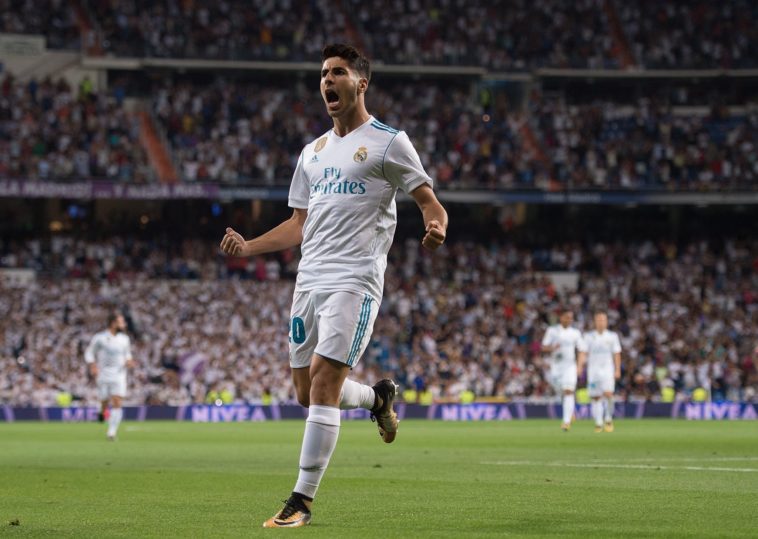 Manchester United are ready to spend an incredible £177 million to sign Real Madrid starlet Marco Asensio.Asensio shot to prominence last season, scoring 10 goals in 38 appearances for Los Blancos in the star studded lineup that galloped to both Spanish and European glory last season.

Despite his excellent performances, Asensio is still behind the likes of Cristiano Ronaldo, Gareth Bale and Isco in the Real Madrid pecking order,

According to Spanish publication Don Balon, Manchester United are prepared to make a £177m offer for Asensio – a move that would see him become the second most expensive player in football history.

They also claim that United are willing to break the bank to sign the player, offering him an eye watering £460,000-a-week deal to move to Old Trafford.

However, the youngster has only recently signed a new deal at the Bernabeu with a release clause of an incredible €500m. The European champions are highly unlikely to want to let their star asset leave.

They are more likely to want to sell Gareth Bale who has suffered yet another injury set back. Reports yesterday suggested that they have grown tired of Bale’s seemingly constant injury woes and will allow him to leave for around £85m, with United, Chelsea and Tottenham all interested.