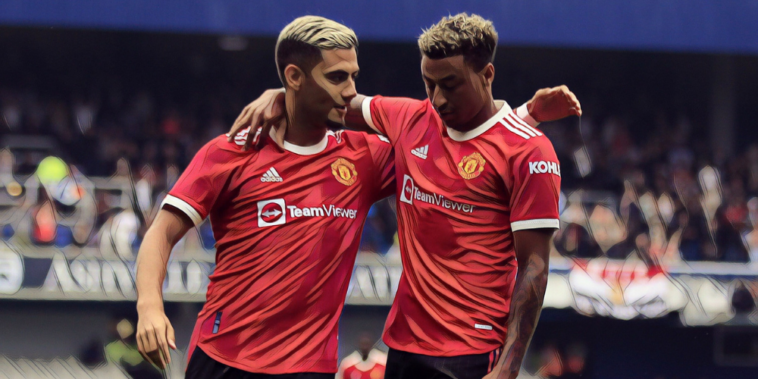 Manchester United need ‘at least one significant sale’ to continue their summer spending following the club’s moves for Jadon Sancho and Raphael Varane.

United have completed the signing of Sancho from Borussia Dortmund after sealing a £72.9m deal, whilst the club are close to finalising the transfer of Varane having agreed a deal with Real Madrid that could rise as high as £42.7m.

Those signings are a huge statement of intent from the Red Devils as they bid to challenge for the Premier League title next season, though further recruitment is now dependent on outgoings following their spending to date.

The Telegraph are reporting that the club’s hierarchy are targeting an overall net spend of between £75m and £100m for the summer window, with further business hinging on the futures of players linked with an exit.

Paul Pogba is one player who could depart having entered the final year of his contract at Old Trafford, the midfielder having been linked with a €50m move to Paris Saint-Germain having failed to show signs he is prepared to extend his deal.

Jesse Lingard – valued at around £30m – is another who could raise significant transfer funds with the England international remaining a target for West Ham, where he enjoyed a successful loan spell over the second half of last season.

Ole Gunnar Solskjaer remains keen to add a midfielder and full-back to his options ahead of the new season, with Atletico Madrid duo Saul Niguez and Kieran Trippier amongst those linked with moves to the Premier League.

There also remains a desire to lower the wage bill with Phil Jones understood to be available on a free transfer, whilst it remains to be seen on what decision is made over the club’s goalkeeping situation with both Dean Henderson and David de Gea unlikely to be content with sharing number one duties next season.