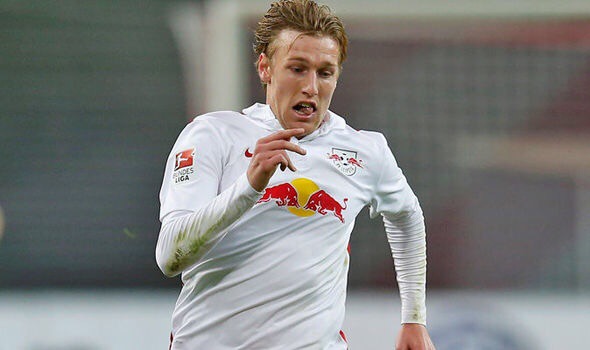 Manchester United have made contact with Red Bull Leipzig regarding the potential signing of Emil Forsberg, who is seen as an alternative to Ivan Perisic.

United have been chasing the Inter Milan winger for a number of months now but are no closer to bringing Perisic to Old Trafford. Despite the Italian giants being willing to sell, and the player himself desperate to move, Man Utd have been put off by the demands of the Nerazzurri, who want £48m for the player as well as Anthony Martial on loan.

Martial has impressed Mourinho the club’s recent tour, and will not be leaving the club at any price, and United are reluctant to pay such a high fee for a 28-year-old.

This has seen them turn their attentions to RB Leipzig’s Emil Forsberg, who has previously been linked with a move to Arsenal and Liverpool. Forsberg was an integral part to his sides phenomenal season in the Bundesliga last year, scoring eight goals and providing an incredible 19 assists!

To put that into some context, the Premier Leagues highest assist maker was Kevin de Bruyne with 18, while Man Utd’s highest creators were Anthony Martial and Ander Herrera, both with eight Premier League assists.

As you can see from the Squawka Comparison Matrix, Forsberg was the most creative of the three players, creating more chances and assists than his rivals, with only Perisic scoring more goals. 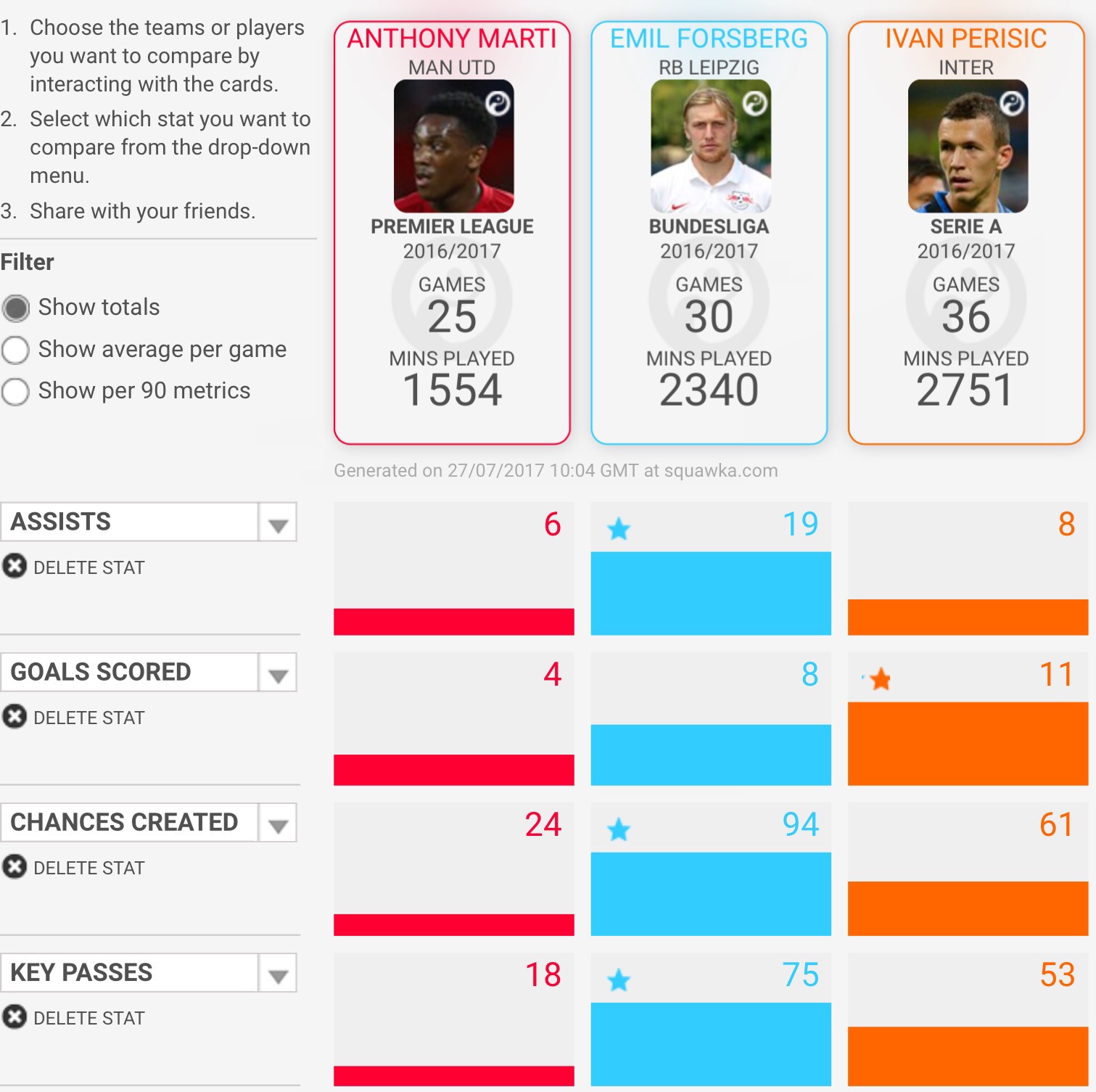 According to CalcioMercato, United have contacted the agent of Forsberg, who is also the agent of United’s new signing Victor Lindelof, to lay the ground work. They claim the idea is to offer the same €50m (£44m) that they have offered Inter for Perisic, but believe the Bundesliga side wouldn’t demand Martial as part of a deal.

Whether this is a plan to scare Inter Milan into dropping their price tag for the Croatian is yet to be seen.