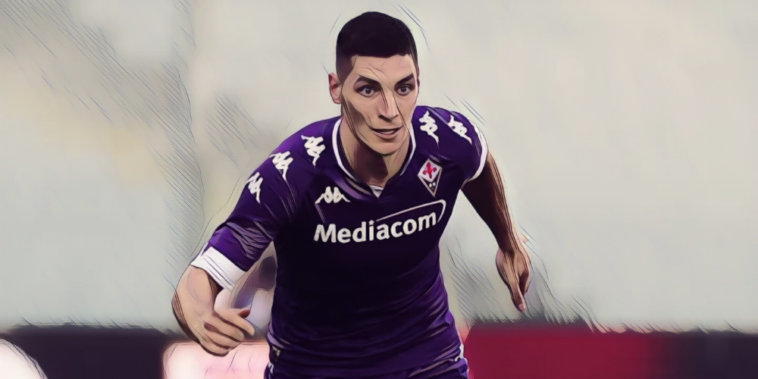 Manchester United and Liverpool are being linked with a move to sign Nikola Milenkovic with the Fiorentina defender attracting interest from across Europe.

The centre-back will have just a year remaining on his contract with the Italian side this summer and has shown little interest in signing an extension, his potential availability having alerted a number of sides looking to bolster their defensive options this summer.

According to Sky Germany [via Sport Witness], Manchester United and Liverpool have both ‘recently been in touch’ regarding a move for the 23-year-old who is also understood be interesting Borussia Dortmund.

Liverpool are desperate to sign a new centre-back this summer after seeing their title defence collapse amid a succession of defensive injuries, the Reds without Virgil van Dijk, Joe Gomez and Joel Matip until the end of the season with midfielders Jordan Henderson and Fabinho having deputised in deeper roles.

Jurgen Klopp moved to sign Ozan Kabak and Ben Davies in the latter stages of the winter window to add to his options, though the former has endured a difficult start in the Premier League and the latter is yet to play a single minute since his shock signing from Championship side Preston.

Manchester United are also keen to strengthen defensively this summer and have made the signing of a new centre-back and centre-forward their priority, with Ole Gunnar Solskjaer’s side seeking a long-term partner to club captain Harry Maguire.

Victor Lindelof has been the main partner to the England international but has failed to convince, whilst Eric Bailly’s continued struggles with injuries have heightened the need for reinforcements.

Milenkovic – who has 26 caps for Serbia at international level – has made more than a century of appearances for Fiorentina and reports have suggested he could cost interested suitors in the region of €35m.