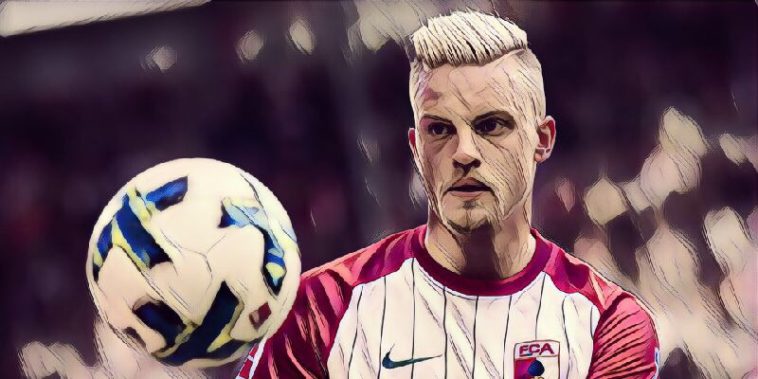 Manchester United, Liverpool, Everton and Tottenham are all monitoring the progress made by Augsburg defender Philipp Max.

The German has put in some impressive displays for Bundesliga club who have made their best start to a campaign in their history. Despite not having made his senior international debut, Max is in contention to make the squad for the trip to the World Cup in Russia next summer.

The left back has a growing reputation in his home country, with some dubbing him as the assist king, after he has already provided seven assists in 14 Bundesliga games this season, more than all but two players in the whole of the Premier League (David Silva and Kevin de Bruyne, both 8).

According to the Mail on Sunday, the four Premier League clubs are tracking his progress ahead of a potential transfer move.

Manchester United are known to be looking for a new left back with Danny Rose and Alex Sandro both being linked in recent weeks.

Liverpool left back Alberto Moreno was absolutely slaughtered for his performance in the Champions League game against Sevilla, a game which the Reds surrendered a 3-0 lead to draw 3-3.

Their Merseyside neighbours, and today’s opponents Everton, are looking for a long term replacement for club stalwart Leighton Baines, while Spurs are looking for potential replacements for Danny Rose in case he does move to Man Utd.