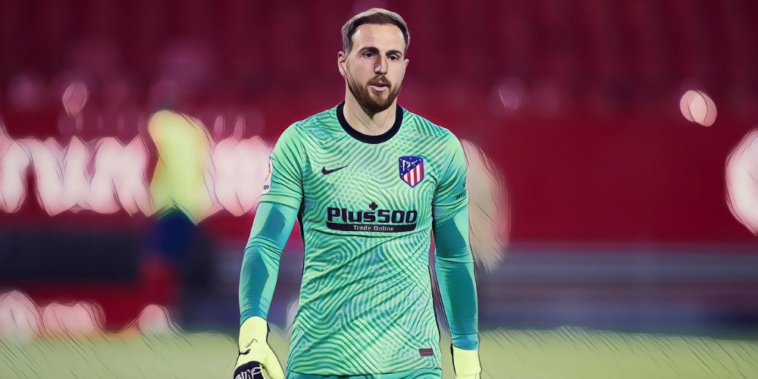 Manchester United are being linked with an ‘ambitious’ move to sign Jan Oblak from Atletico Madrid, with David de Gea to be offered in return as a potential makeweight.

United’s number one goalkeeping position has been a talking point this season with both De Gea and Dean Henderson competing for the role, the latter having returned from a two-season loan at Sheffield United last summer.

De Gea started the season as first-choice before losing his place to Henderson over the second half of the campaign, though neither goalkeeper has truly convinced amid a series of unconvincing performances.

De Gea has spent a decade as the Red Devils established number one but has come in for fierce criticism in recent campaigns, whilst the Spaniard failed to save any of the 11 penalties against him and missed the crucial spot-kick as United lost the Europa League final to Villarreal following a marathon shoot-out on Wednesday.

That miss could now prove to be De Gea’s final moment as a Manchester United player, with the Sun reporting the club are considering using the Spain international as a makeweight in an ‘ambitious’ move for Oblak.

The Atletico Madrid shot-stopper is regarded by many as the world’s best goalkeeper and helped the Spaniard’s to La Liga title success in 2020/21, the Slovenian international valued at around £70m.

The 28-year-old could be open to a new challenge after six seasons in Madrid, a period in which he has been named as La Liga’s best goalkeeper on four occasions to date.

De Gea came through the academy system at Atletico Madrid before making the move to the Premier League and a return could suit all parties, with United also keen to remove the goalkeeper’s huge £375,000-a-week wages from their costs.

United are also set to sign Tom Heaton on a free transfer from Aston Villa with the former Red Devils academy graduate returning to Old Trafford to provide goalkeeping cover.