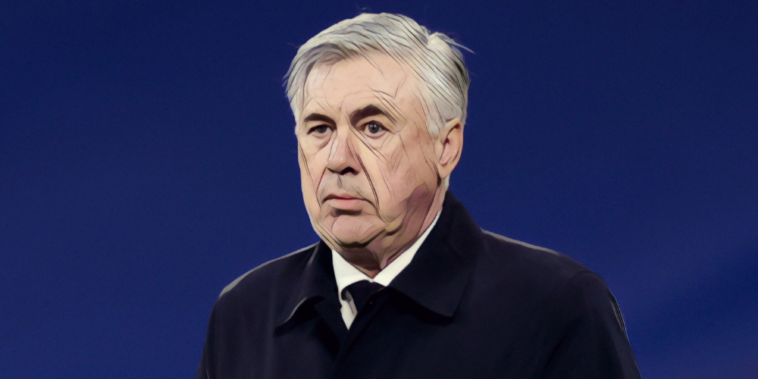 Carlo Ancelotti has emerged as a ‘contingency’ plan for Manchester United amid ‘complications’ over the club’s pursuits of Mauricio Pochettino, Erik ten Hag and Luis Enrique.

United are assessing candidates to become the club’s next permanent manager and are hopeful of making a long-term appointment ahead of next season, with a number of names in the frame.

Pochettino has been a long-term target for the Red Devils and the Paris Saint-Germain head coach is believed to be open to a return to the Premier League, whilst there are admirers among the club’s hierarchy for Ajax manager Ten Hag and former Spain boss Enrique.

However, each of the club’s lead targets are currently in positions, with Real Madrid having also been credited with an interest in Pochettino’s services. The Spanish side and Tottenham reportedly expressed an interest in the Argentine last summer, but saw approaches turned down by PSG.

Recent reports have also stated that Ten Hag has ‘reservations’ about leaving Ajax for Old Trafford, amid concerns regarding the club’s structure. A pursuit of Enrique is also complicated given the World Cup takes place in November, with the former Barcelona boss unlikely to leave the Spanish national side until after the tournament in Qatar.

ESPN are reporting that Ancelotti has now emerged as a contingency option for United, with Sir Alex Ferguson having recommended that his former side consider the experienced Italian for the role.

Ancelotti is currently in charge of Real Madrid, but his future is uncertain with the Spanish side facing a possible elimination in the Champions League’s last-16, having lost their first leg to PSG.

The 62-year-old is a three-time winner of the Champions League and has a wealth of experience both in England and Europe, having guided Chelsea to a domestic double during the 2009/10 season.

Ralf Rangnick remaining in his current role could also be considered should moves for the club’s top targets fail to materialise, with director of football John Murtough having revealed this week that a ‘thorough process’ is underway in the search for a permanent manager.