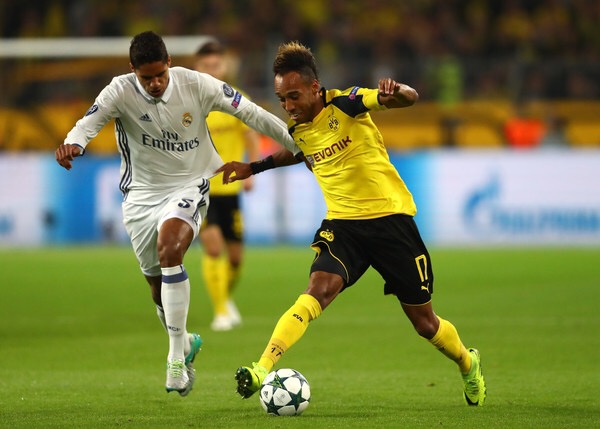 “I would go for Raphael Varane. Varane is a great defender and I think he would bring something special to the defence.

“And Pierre-Emerick Aubameyang, he’s very quick and he’s got the eye for the ball all the time. He’s really impressed me in the last few years.

“And he’s still a player you feel is still stepping up. He really wants to improve. I think he would be a good addition.”

Meanwhile, Saha has also hailed the re-signing of Zlatan Ibrahimovic.

“It’s a great signing. He has proved to everybody that he is an amazing player. He didn’t even need to prove it, but he has clearly maintained his quality and at the same time he has shown the younger players at United, Paris Saint-Germain and wherever he’s been that he is a professional player.

“They all speak very highly of him because he works hard. He’s not just a ‘big mouth’, he speaks the truth. He says he is the king and I respect that because he always delivers.

“Players know that those kind of players [like Zlatan] have produced those performances over the season, it is because they work hard, so he’s a great example to the younger players.”

Ibrahimovic is currently out of action due to a serious knee injury suffered back in April. However, despite reports suggesting he would be out of action until the New Year, the latest information is that he could be back playing as soon as November.

Who would you urge Manchester United to sign if you could have five minutes with Jose Mourinho?