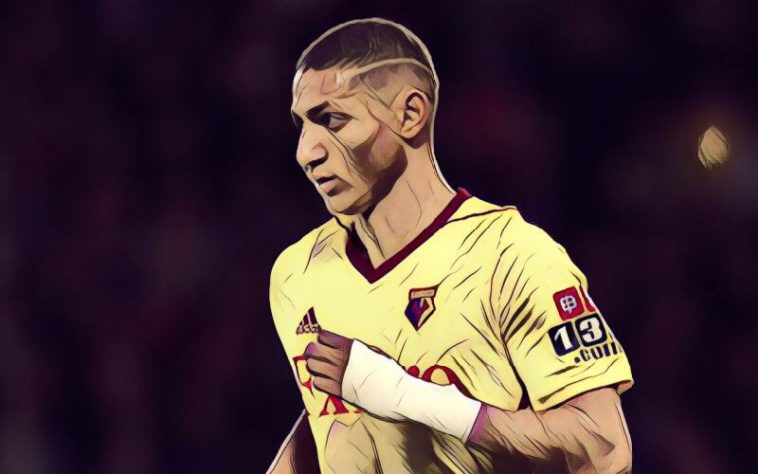 Manchester United, Chelsea and Everton are considering a move for Watford winger Richarlison according to reports this morning.

The Brazilian only moved to the Premier League last summer, making a £12 million from Fluminese. He made a fantastic impact upon his arrival, scoring five goals in his first 12 games, but has since failed to find the back of the net, a run stretching all the way back to November.

It is claimed that Watford are concerned that the 20-year-old is struggling due to fatigue, having played competitive football for over 12 months without a break, thanks the the Brazilian season starting in April.

Despite being desperately out of goalscoring form, that hasn’t stopped some of the leagues top teams showing an interest in the youngster.

According to Sky Sports, Manchester United, Chelsea and Everton are all monitoring the wingers situation.

Chelsea were interested in signing him last summer, but he opted for a move to Vicarage Road where he could (at the time) work with Marco Silva, and get more regular first team action.

They claim that while the hornets do not want to sell, they would be willing to listen to offers in the region of £40 million, a 230% increase on their initial outlay.