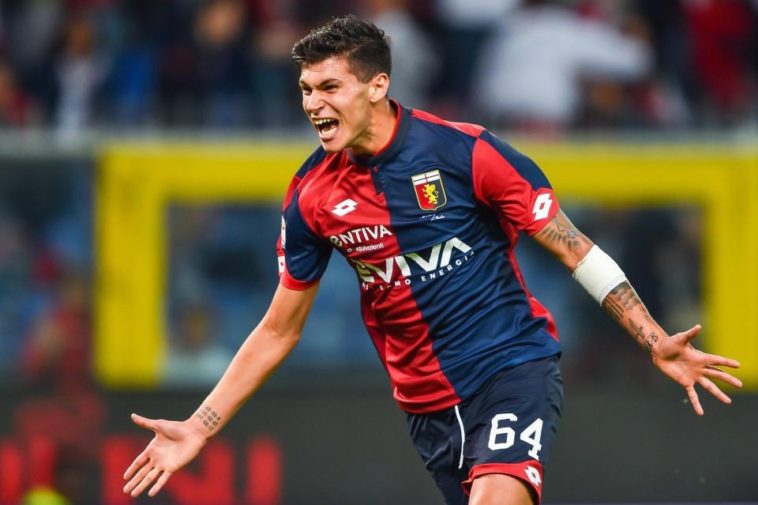 Manchester United and Chelsea have joined the race for Italian teenage sensation Pietro Pellegri according to a report today.

Pellegri shot to prominence last year making his debut on December 22nd for Genoa aged just 15 years and 280, the joint youngest ever debutant in Serie A. He then broke the record for the youngest ever goal scorer in the Italian top flight, scoring in a 3-2 defeat to Roma at the end of May.

Despite his tender age of just 16, the Italian stands at an impressive 6ft 4, he has already been likened to Italy legend Christian Vieri and has already attracted the attentions of Italian giants, Juventus, Inter Milan and AC Milan.

Now, according to a report in The Sun, Manchester United and Chelsea have joined the race for his signature as they look to snap up one of Europe’s biggest prospects.

However, they also claim that the striker will not come cheap. A source close to the club told the newspaper that Genoa chairman Enrico Preziosi will not consider a sale unless they receive around £40million.

Those kind of figures are a staggering amount considering that he has made just six Serie A appearances for the Italian club, but the likes of Manchester United are no strangers to paying exorbitant fee’s for the games biggest talents. United spent £50m on the relatively unknown Anthony Martial three years ago, who has made a fantastic impact since his arrival from Monaco.

Manchester United have let Wayne Rooney return to Everton, and while Zlatan Ibrahimovic is edging towards a comeback, he is not expected to continue for many more years, freeing up an opportunity to sign Pellegri. Pellegri has previously described Ibrahimovic has idol, and with rumours that Zlatan could be about to go into coaching, United could have a unique bargaining chip in any potential negotiations.

Meanwhile, Chelsea have the advantage of having Italian manager Antonio Conte at the helm. They also have several Italian coaches who have worked with Pellegri at youth level for the Italian national side.